The Platypus of Trading Cards

There is an old joke that says the platypus is a duck designed by a committee. That is what came to mind as I sorted through some blasters of Topps Lineage. There were a lot of good ideas in the set, but were thrown together and executed poorly. Let me share my thoughts on both the base set and the inserts/parallels. 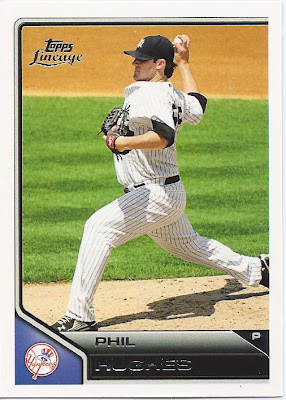 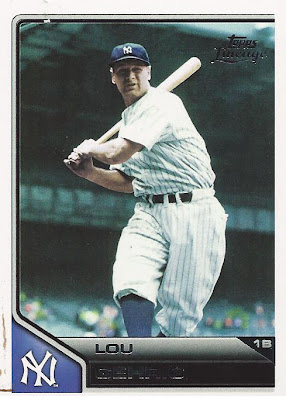 The Lineage base set is a 200 card set mixing modern players and greats from the past, with a 10 card All-Rookie card subset. It is similar to Topps flagship product in terms of the type of card stock used and design. The main differentiation I see is that the card back is text only where flagship is text and statistics.

And that is exactly what I see as the main weakness of Lineage is that it isn't differentiated enough from the flagship product. It could very well be a design for flagship. If Topps had posted that design as what will be used for 2012 flagship, it wouldn't surprise anyone.

The use of a All-RC subset was a nice idea, except it led to some oddities in the checklist. For example: 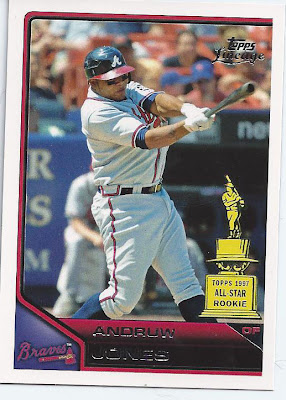 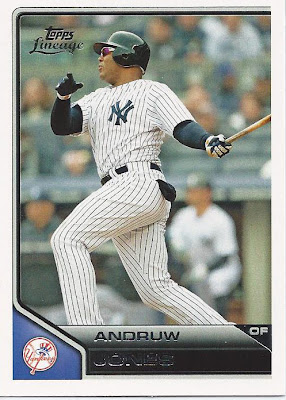 Andruw Jones has been a solid major league player during his career and has acquitted himself well this year as a fourth outfielder and platoon DH for the Yankees. But, with a limited set size, I am not sure he should have two cards. The All-RC card should have been enough. Similarly, with only 200 cards, I am not sure I would have done this either: 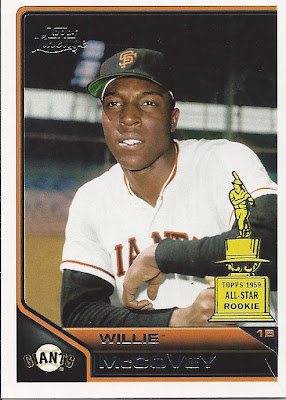 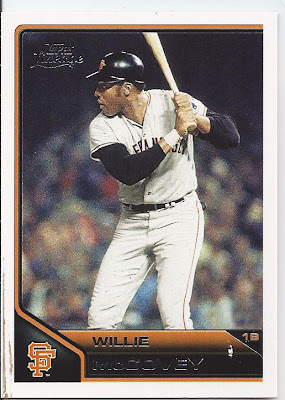 Inserts/Parallels
Lineage has a number of different parallel inserts. There are refractor, Diamond Platinum (recycled from flagship), and 1975 style mini cards for all 200 base cards. 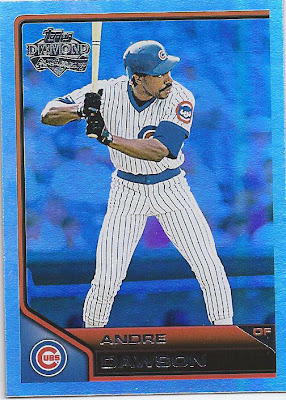 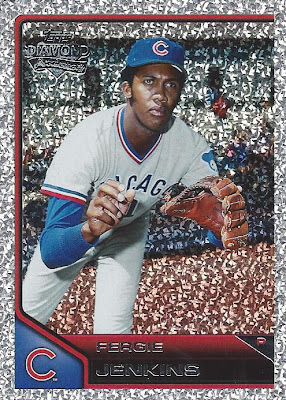 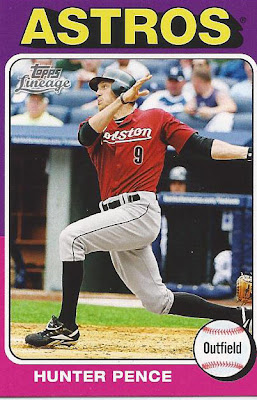 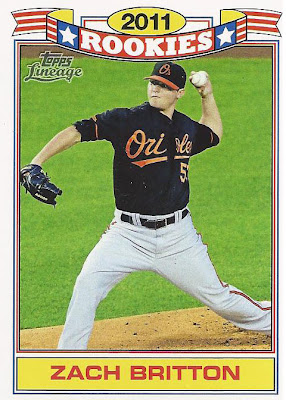 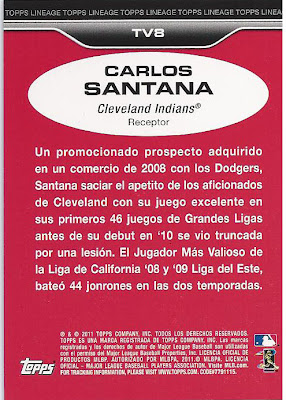 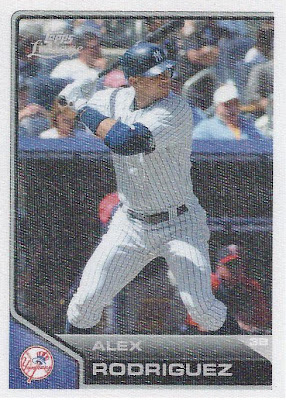 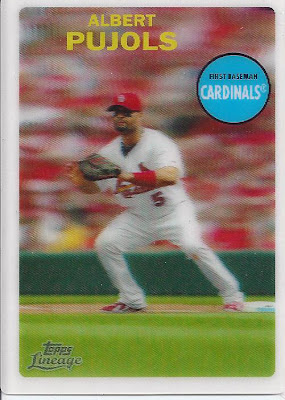 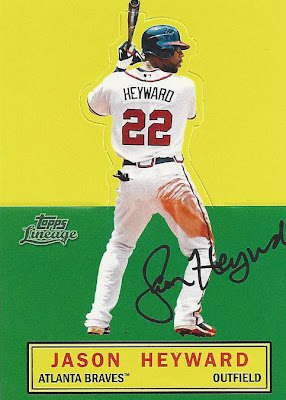 I think there is really too much going on here. There is really no reason each product they produce needs rookie subsets, particularly given that Bowman focuses on rookies and prospects. Other than that, each of these insert sets have merit. The stand up cards would make a nice insert set in the flagship product. The Spanish language, 3D, and cloth stickers have the potential to be excellent stand-alone products. Indeed, if I was Topps, I would think that the "Venezuelan" cards would be an excellent product targetted at a growing market that has strong ties to MLB.

But, having them all thrown into the mix with Lineage really shows a loss of focus. Topps just threw a bunch of stuff at the wall, hoping something will stick.

I don't really have alot to say about the relics and autographs in Lineage as I have not got very many. Indeed, I only got one autograph. 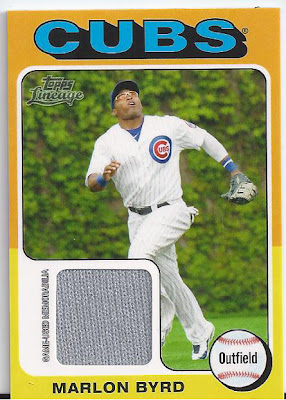 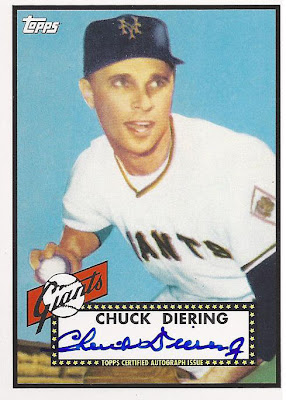 I will say that the 1975 mini-relics are underwhelming. They certainly don't do anything for me, but that could just be me and my collecting priorities. I looked on EBay and they aren't selling at very high prices. I would have to believe that this may mean that I am not necessarily alone in my ambivalence towards these cards.

In my opinion, the Lineage concept is a clunker of a set. It tries to do too much and fails to do any of it well. If I was in Topps product management, I would have probably done the following:

So that is all I have to say about that.
Posted by carlsonjok at 12:25 PM

Email ThisBlogThis!Share to TwitterShare to FacebookShare to Pinterest
Labels: 2011 Lineage