This post was supposed to be of the Hall of Famers amongst my 1956 card purchases, but as you will soon see, I made a mistake. 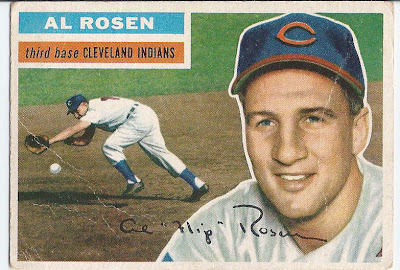 For some reason, I thought Rosen was in the Hall of Fame. He isn't, but since I have the picture uploaded, might as well post it. 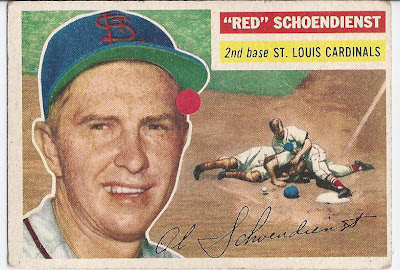 The red dot isn't there ironically. One of the sellers I bought from uses different color dots to indicate pricing. Normally, they are on the penny sleeve. But, for whatever reason, the dot actually got on this card. It has since been successfully removed. 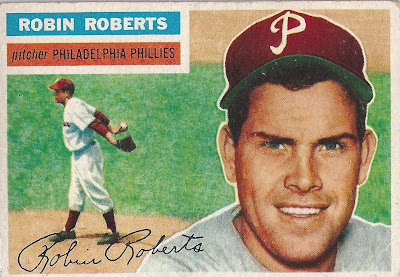 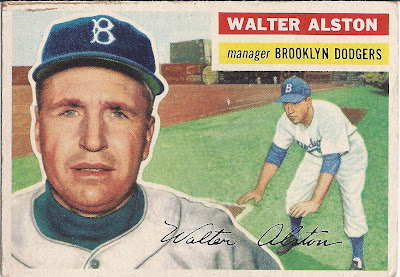 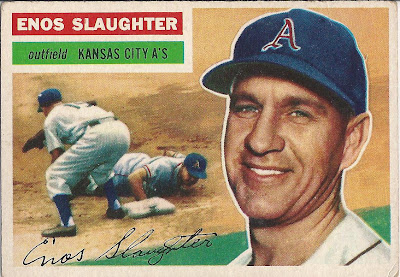 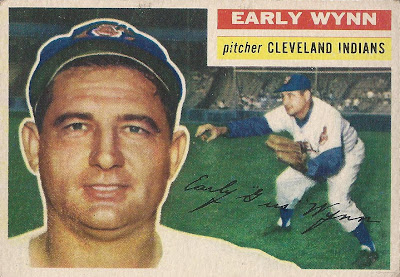 So, there you have it. Napkin Doon, over at The Adventures of Napkin Doon has been good enough to put in some bids for me on some 1956 commons being auctioned off at his LCS. With any luck, I'll have a few more to show soon.