It has been a while since I last posted my great mail day.  The centerpiece of that haul was a large lot of pre-war British tobacco cards from a seller in Great Britain who was auctioning off his duplicates. There was approximately 1000 cards representing well over 100 unqiue sets.  I'm not through sorting through them yet, though I am pretty close to being done.

I will, sometime in the (hopefully) near future will publish a post of some of my favorite cards from the lot.  But, I did find something I wanted to share.

I don't know how y'all are with your cards, but when I am sorting through my cards I generally am engaged in the process and not necessarily paying attention to the subjects.  I've tried, not entirely successfully to be sure, of the history I am holding in my hands.  Not just the history of the subjects, but of the cards themselves.

With sports cards, it is easy to lose track of that since the overwhelming majority of my sportscards were created within my lifetime.  With these tobacco cards, not only were they printed and distributed before my time, many often existed before my parents were born.  It is a bit overwhelming to sit back and wonder who has owned these cards and what history did they see themselves.  As much as I have used them to escape from life's stresses, did a previous owner use them to escape the stress of the Second World War?  It really makes me want to care for these cards to honor that unknown history.

I did also often stop and look at the cards and wonder about the subjects, since many of them were people.  And I wondered if any of the subjects of these old cards were still alive.  So, occasionally when the card's subject was a particularly young looking person,  I would Google them to see. For the most part, I struck out.  But, near the end I did find one card subject that is still among us. 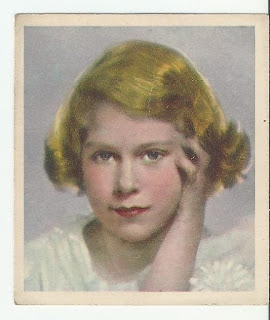 Look familiar? No?  Here is a clue: 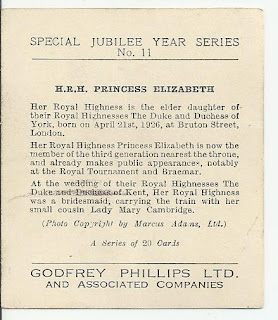 Okay back into my hole. Hopefully I'll emerge again soon and show off some fascinating cards.

What I am listening to: The Sade Café by The Eagles.

I'm still mostly on the hobby sidelines recovering from the home improvement cost overages and some unplanned vet bills.   But, I have dabbled a bit in the shallow end of the pool and picked up a few low cost non-sports lots.  They all arrived today: 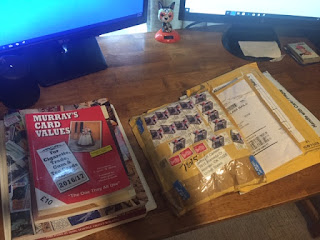 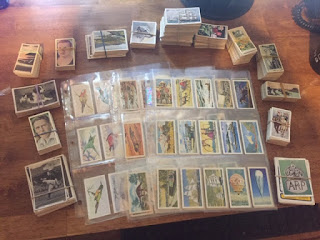 The main arrival was a large lot of another collectors extras.  There is a whole lot there and it spans a large number of sets. So, I am looking forward to sorting through them and see what is there.  More soon.

What I am listening to: Frightened by the Sound by Justin Townes Earle