I am back from a great vacation and don't have a lot new to report.  I have two days to get my lawn, which grew substantially while I was gone, mowed as I am leaving for a work conference on Wednesday. I'll be back home in time for the weekend, but will probably need mow again.

I was considering going to a card show in Plano, Texas (a northern suburb of Dallas and about a 3 hour drive) but I have a number of real life things pressing, so I think I may pass on that this month.
I may keep an eye out for the one 1956 Topps card and the nine 1972 cards I need to finish those sets, but that will be about it.

I did manage to win one Ebay auction while I was gone: 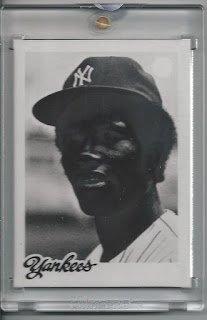 This is one of the four film positives used to produce the 1978 Topps Paul Blair card and is the second that I have acquired.  The four positives are for the four colors used in printing (black, cyan, magenta, yellow.)  The positive above is for yellow.  The other in my collection, which I also won on Ebay two years ago is, I believe, magenta.  I am not actually sure, since I can't figure out how to pull up the description on a two year old auction.  But, I know it isn't black as it doesn't have the player name on it (which is black on the card.)  Further, neither has the card border, which is a dark blue. This should eliminate cyan.  The team name is in a dark tan color on the actual card.  I can see where yellow and magenta (with a bit of black thrown in) might yield that color.

Anyways, I think it is pretty cool to own two of the film positives for a card of my favorite player on my favorite set from my youth.

What I am watching:  Point of view videos for the new Steel Vengeance roller coaster at Cedar Point.  It is insane!  If you enjoy roller coasters, you need to go and ride it. I've posted both the official park POV video, which I find a bit sterile as the camera is mechanically fixed to the car, and an amateur version which appears to be recorded on a riders GoPro and gives a somewhat truer experience to the actually ride:


So, it may be a while until my next post. It isn't laziness that will cause the dry spell, but that thing all collectors hate to deal with: real life.

This is the previous weekend. 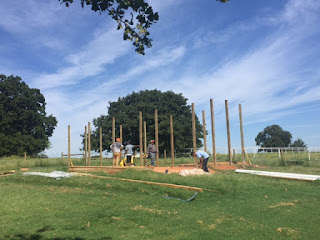 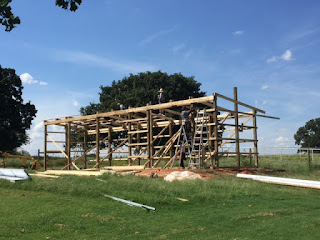 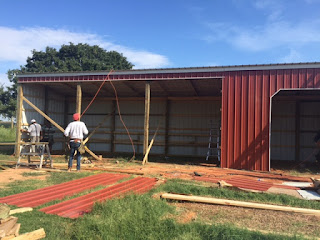 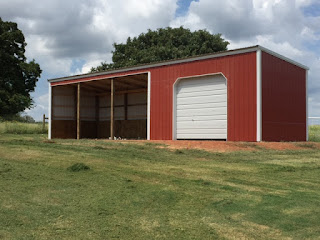 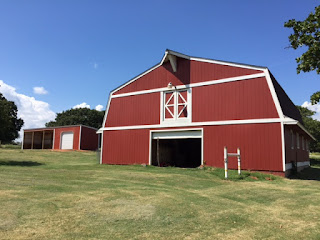 We have been saving to put a new loafing shed/storage building up.  The old one, which appeared on aerial photos back to the late 40s was finally too decrepit to save.  We had been keeping it patched together, but the last time I was up on the roof making a repair, I could feel the whole building swaying with every gust of wind. I told my wife that was the last time I was going to fix it.  So, we had it torn down in March and finally got the new one built.

And here is a sneak preview of next weekend: 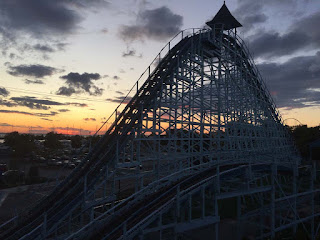 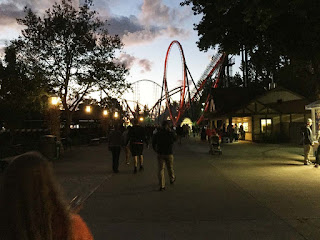 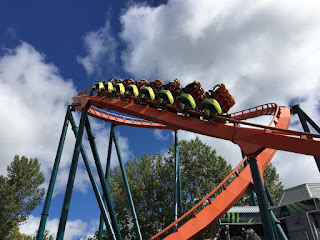 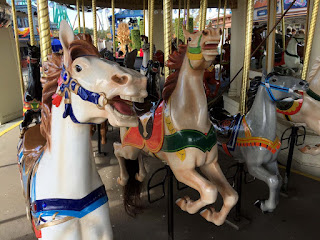 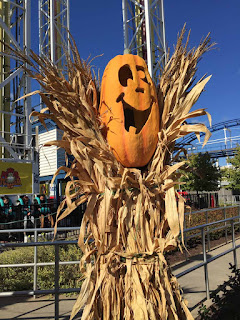 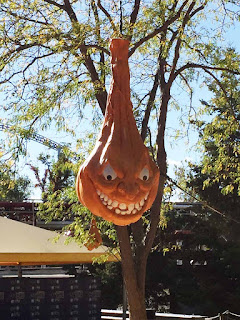 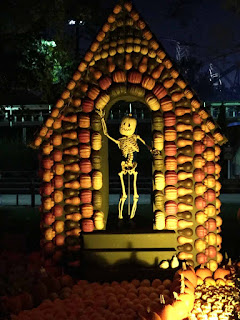 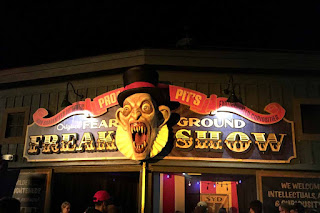 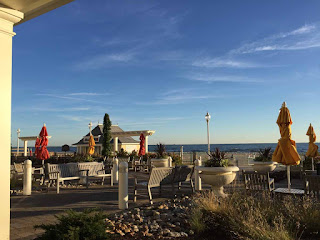 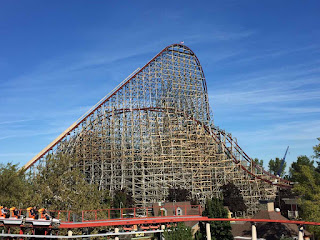 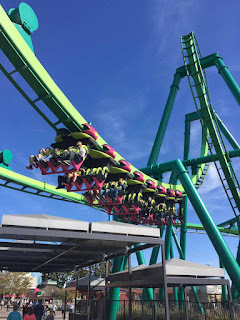 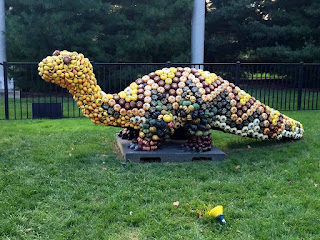 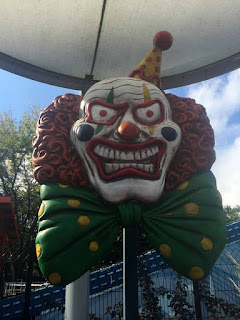 It is time for our fourth annual trip to Cedar Point in Sandusky, Ohio for a Halloweekend full of roller coasters and haunted houses. I am more excited than a man of my age should be.  Additionally, we'll visit family and on the drive home we are going to visit the LST 325 Museum in Evansville, IN. My late father-in-law served on an LST in WWII and my wife has always wanted to see one.

So, hasta luego!  Hopefully I'll be back doing hobby stuff in October.

What I am listening to: Midnight in Harlem by Tedeschi Trucks Band