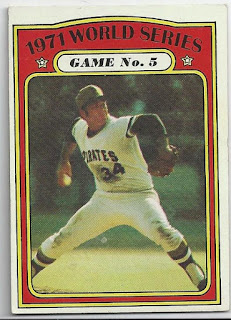 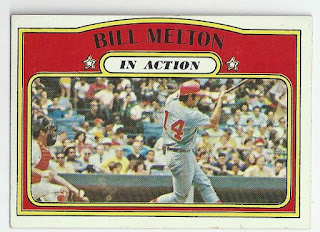 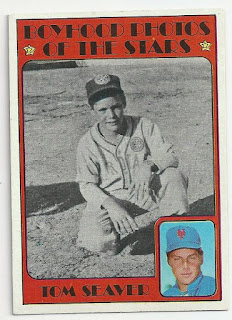 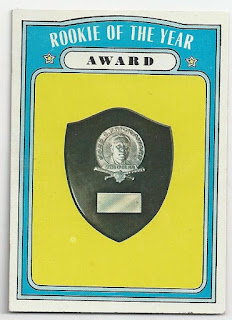 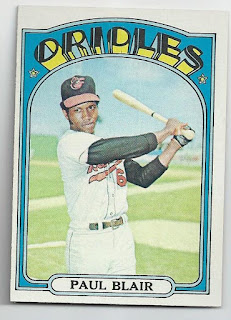 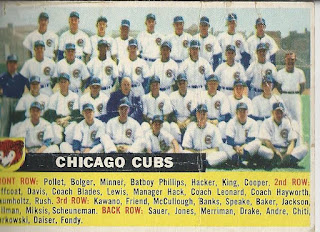 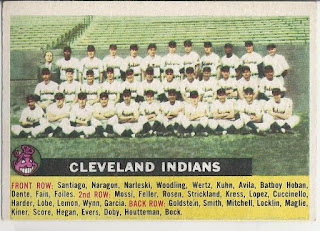 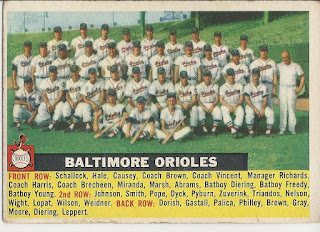 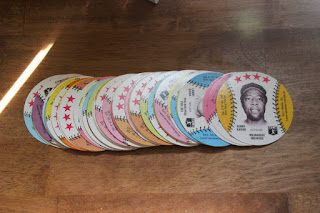 I suppose this is how things work sometimes.  After not seeing any signed 1963 Fleer Bill White cards in the two years I've been working on this project, a second one pops up mere weeks after I pulled the trigger on one I found that wasn't a particularly clean copy. 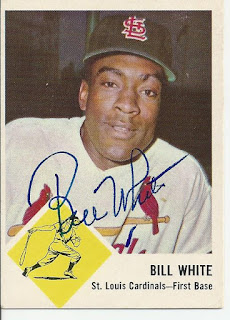 This is a much nicer, visually interesting version. So, I bought it and, upon receiving it, popped it out of the PSA slab and put it in the appropriate Ultrapro sheet.  The copy I bought previously will eventually go up on EBay.  If anyone is interested in it, let me know.

What I am listening to:  You're No Good by Linda Ronstadt

Posted by carlsonjok at 6:30 AM No comments: