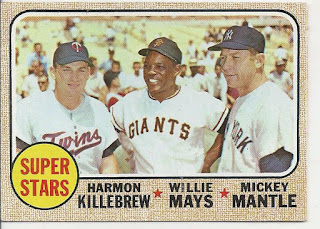 Still 5 to go, including the Nolan Ryan rookie card. 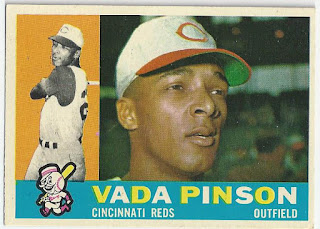 This was about as close as I came to a star card with this show. 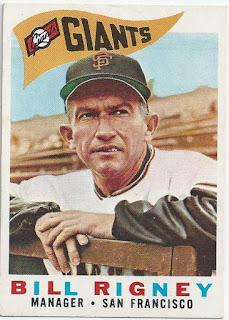 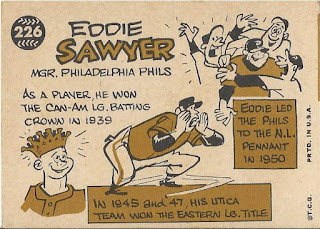 In a recent post, Night Owl lamented to disappearance of manager cards. I have to say that I agree.  These manager cards from 1960 Topps are wonderful.  I found four manager cards yesterday. Far and away, these are my favorites from the new cards I added to my set. 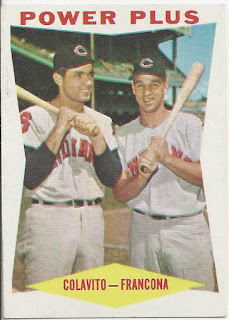 I also like these types of cards, which were common in the 1960s sets.  While both Rocky Colavito and Tito Francona were good players, this card did not age nearly as well as that 1968 Super Stars card above. 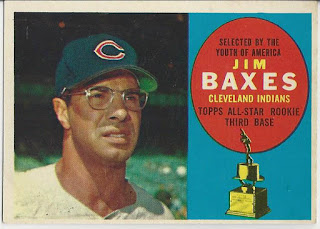 Interestingly enough, this was one of only to Topps cards of Jim Baxes, the other being his rookie card in 1959.   1959 was Jim's only season in the majors.  He performed poorly in AAA in 1960 and was out of organized baseball after only 21 games in 1961.  Fun fact: Jim Baxes first major league home run was the first HR hit off of Bob Gibson. It was in Gibson's ML debut on April 15, 1959.

As far as 1955, I managed to find 18 cards I needed, which brought me down to only needing 32 more to finish the set.  Most were commons from the second, high number series. 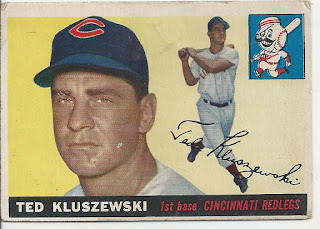 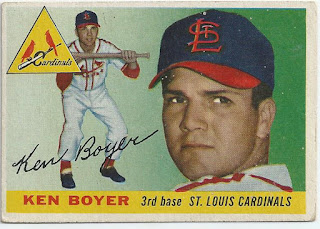 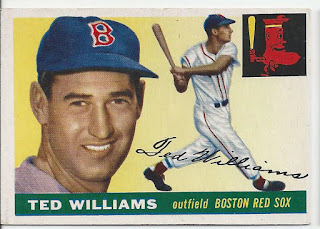 That Williams (along with '68 Super Stars above) were the major scores in exchange for the '56 Mantle.  I could have gotten more money selling the Mantle on EBay.  But, with all the Johnny-Come-Latelys in the hobby, all the reports of buyer fraud scared me off.  This Ted is really nice.  It is in way better condition than I would have acquired if I didn't have some high end trade material.

So, that is about it, other than this 1966 Curt Flood I found in a dollar box. 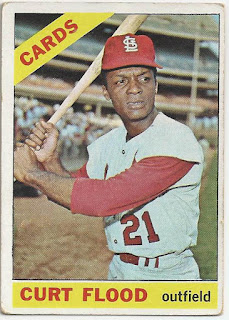 I haven't given up on my 1970 card back series of posts.  I have just been fairly busy out in the real world and just haven't had the energy to sit down and work on the next installment.  It is coming, I just don't know when. 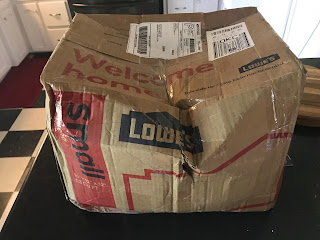 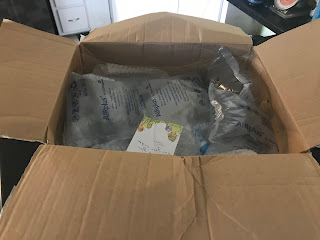 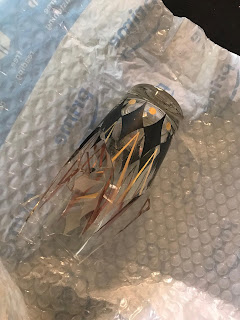 Posted by carlsonjok at 11:05 AM No comments: