How did I ever miss this? 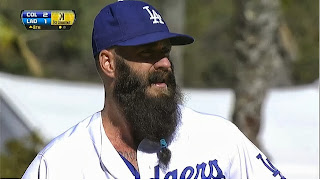 That is awesome!
Posted by carlsonjok at 3:43 PM No comments: 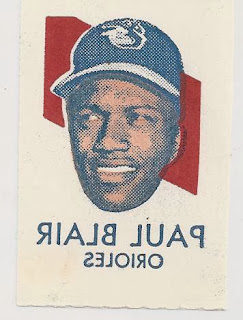 This is the 104th unique "card" in my Paul Blair player collection.

I don't have much to say at the moment.  A combination of insomnia and being in the middle of a big business decision at work, I am too tired to write much.  I have been thinking of doing a look at the Yankees and how I think they should move forward from this season.  But, I haven't had the energy to get going on it.

In short, don't hold your breath.
Posted by carlsonjok at 6:55 PM 1 comment: 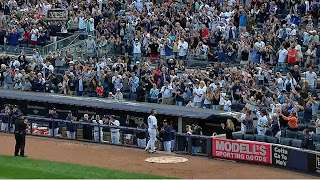 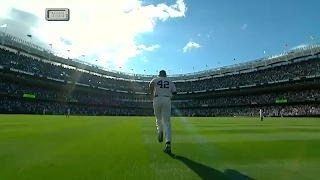 Posted by carlsonjok at 1:40 PM No comments:

Waiting Until Next Year

The title of this post is something of a double entendre.  I have mostly completed a trade with Tom over at Waiting 'til Next Year.  I say mostly because I got his half of the trade in the mail today, but won't actually ship off my half until this weekend.  In short, I helped him out with a couple of his player collections and in return I got some huge help with my 2009 Tristar Obak set. 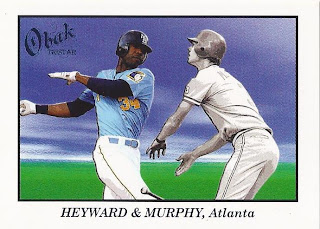 He sent one base card, the short print J-Hey and Dale Murphy card above.  He also sent 12 of the T212 minis.  2009 Obak overdid the minis, with 60 total (not counting variations).  With this trade, Tom basically cut my want list on the T212 in half. 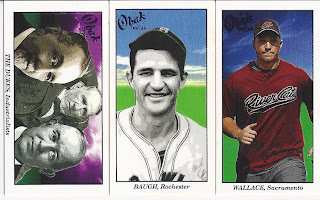 I haven't made any progress on this Obak set in many, many months, so this trade was most welcome. Your cards will go out tomorrow, Tom.

So, getting back to my opening, why does "Waiting until next year" have two meanings?  Well, I am going on hobby hiatus for pretty much the rest of this year.

See, last year we were in the midst of a drought and a friend of ours lost her horse boarding business to a wild fire.  Since we were one of the few people who had appropriate fencing, we took in three of the horses she boarded: two Clydesdale mares, and a Drum Horse stallion.  They were here about 6 months and, one day in January, the stallion managed to get out of his pen and, to make a long story short, appears to have bred one of our mares.  With a due date in December, I need to upgrade about 1000 feet of fence to be foal safe.  Then we need to deal with the vet bills associated with the delivery.  So, money is going to be tight for a while.  I have a little bit of money set aside for the October OKC show, but that is probably about it until January/February.