Collecting Intersects with My Childhood and My Current Life

When I was but a boy, my family would spend a week in the Thousand Islands for vacation each summer.  We stayed in small cottages on Dingman Point Road just a short trip from Alexandria Bay. I think most of my fondest childhood memories were from there.  One of those memories is watching ships pass through our view as the navigated the St Lawrence Seaway to and from the Great Lakes.

So, image my delight when I looked through the 1931 W.D. & H.O. Will's Strange Craft tobacco card set and found this: 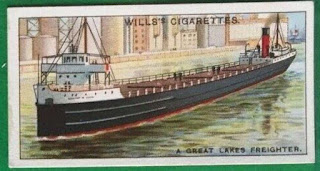 Fast forward to last week. I was back in Ohio visiting my mother for her birthday.  Although I grew up in Rochester, all my immediate family now lives in Cleveland (long story.)  Anyways, the Great Lakes Science Center has a restored Great Lakes Freighter as part of their collection, the William G Mather. I've never been able to work out a visit for a variety of reasons. But, this time I was able to go and see it.  If you ever find yourself in Cleveland in the summer, I highly recommend it. It sits on the north edge of downtown with a nice view of First Energy Stadium, where the Browns play.

Anyways, I spent a couple hours wandering around the good ship and here are a few pictures: 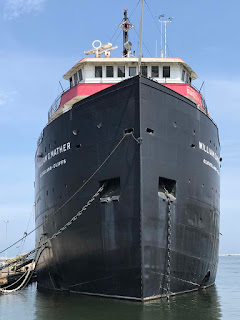 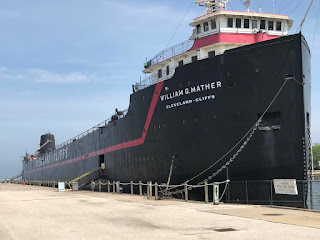 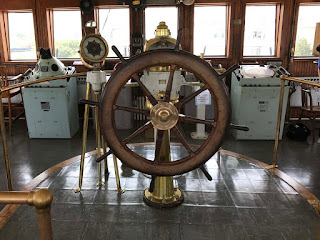 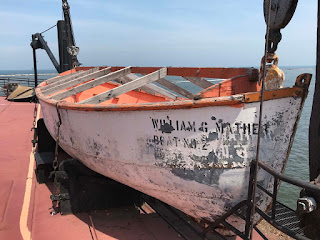 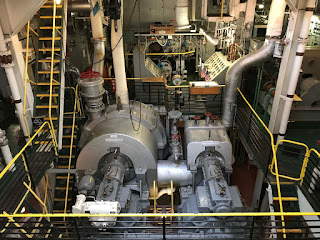 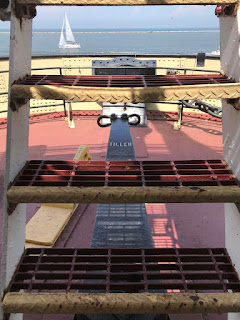 What I am listening to: Wreck of the Edmund Fitzgerald by Gordon Lightfoot (of course)

Looks like I'm going to have to change my header photo.

What I am listening to: Temporary Nature (of Any Precious Thing) by Lucinda Williams

So Far Off Topic That I am Back On

It's still fairly quiet on the hobby front.  We've just about clawed out of the hole left by the issues that came up in our recent home improvement project.  Add in an unexpected vet bill and I've been mainly on the sidelines.  I did, however, participate in the recent Vintage Non-Sports Auction.

I threw out some lowball bids and actually managed to win the following two cards for $25. 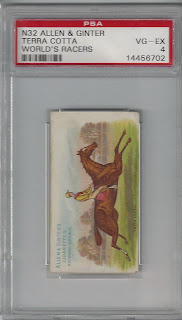 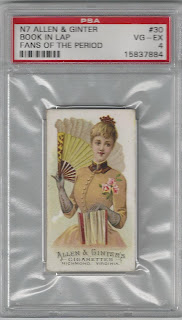 I was mainly interested in the N32 World's Racer card.  I already have 5 cards from this 50 card set, issued in 1888. But, I have to say that the N7 Fans of the Period card is actually my favorite of the two. I can't explain why, it just is. It has this feel of Victorian gentility, though I am not sure that is quite it.  I just like it.

To a certain extent, building sports card sets is a restricting hobby. To be sure, you can define your collection any way you want. But, once you do, you have set the boundaries of what you collect.  There is a defined group of sets with a fixed checklist.  I suppose player collectors are similarly constrained.  I can see where team collectors may have some additional freedom, but are still, ultimately, contained within a box of their own creation.

Collecting these tobacco issues, though, has opened up a whole world to me. If you can imagine a subject, there is probably a tobacco issue covering it.  I started out wanting to only collect horse themed sets, since my wife and I have a small horse farm.  But, I have learned to embrace serendipity and just collect sets that speak to me.  At some point, I will put together a post (or posts) about tobacco issues that appeal to me.  Suffice it to say, there is some cool stuff out there.

What I am Listening to: A Stór Mo Chroí by Bonnie Raitt and The Chieftains
Posted by carlsonjok at 3:20 PM 1 comment: