So, there is a card show this weekend and I am not going.  With a vacation earlier this month,  I was a little light on funds. Then this happened: 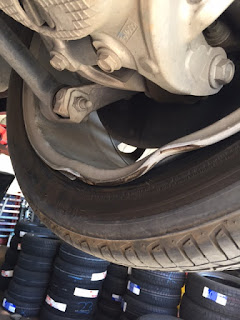 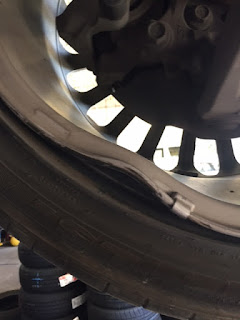 The pothole from hell basically destroyed two of my cars rims.  Replacement rims were around $900 EACH.

This isn't some fancy car like a BMW. It is a Ford Fusion.  So, I ended up getting a full set of aftermarket rims for the same price as one factory rim. Add in two new tires as well, and my pocket is $1400 lighter. No show for me this month.  And probably not the next one in December either. 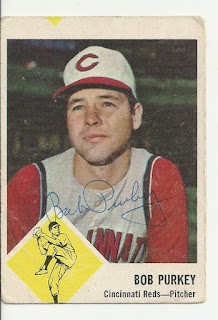 This is the 58th autographed 1963 Fleer card in my collection (out of 66 cards in the set.) Bob Purkey died in 2008, so I snagged this from Mickey's Cards as soon as I saw it. The condition is a bit rough, but it was only $20 delivered.  I can always upgrade later. 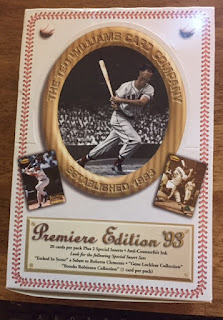 I had previously busted a box of 1994 Ted Williams, a set I quite like. In fact, I am only three cards short of a complete set, including inserts.  After seeing NOs post, I decided to look at whether or not the 1993 boxes were available and affordable.  The answer to both questions was yes.  So, for $25 delivered, the above box is mine.

I haven't opened it yet.  Next weekend, my wife is off to a horse show in Texas.  I'll probably take that opportunity to grill up a steak, chill some of my favorite beer, and bust the box. Stay tuned.

What I am listening to:  Exodus of Venus by Elizabeth Cook