A Visit to the Card Shop

Other than the oddball lottery ticket in my last post, I have done nothing hobby-wise since summer.  The time and money just hasn't been there.  However, I did take advantage of some birthday money, and the fact that my wife was at a horse show on Saturday to visit one of the local card shops.  My main goal was to make progress on my 1979 set, although I did also want to see if I could find one of the remaining cards I needed for my 1975 set. 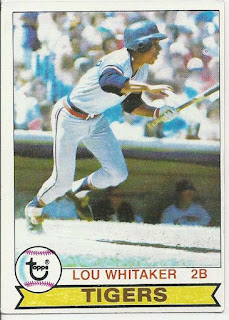 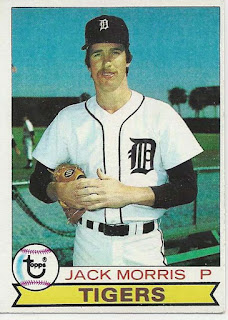 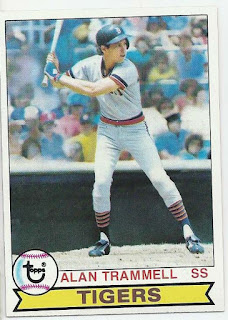 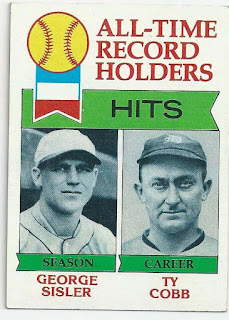 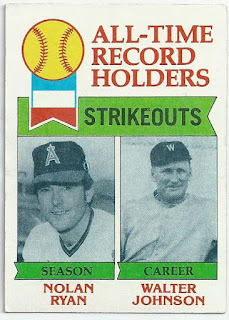 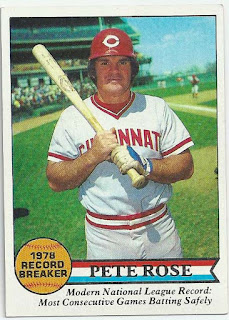 I managed to find 49 cards I needed from my 1979 want list.  After I got home, I was surprised to see it included three of the key foundational players for the great Detroit Tigers teams of the 1980s. I also managed to finish the All-Time Record Holder  and 1978 Record Breakers subsets.  The subset I didn't manage to finish was the 26 card team prospects subset that occupies cards 701 to 726.  What is frustrating is that the one card I lack, #724 Cardinals Prospects, doesn't include any big names.  The subjects are Tom Bruno, George Frazier, and Terry Kennedy.  This card is, essentially, a common.

These pickups got me into visual range of completing the 1979 set, with only 33 cards to go for completion with Dave Winfield and Nolan Ryan being the two biggest names left on the wantlist. 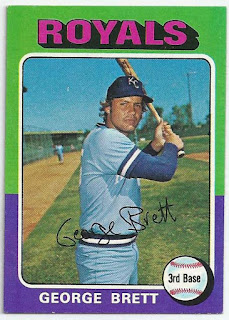 Boom! There it is! With that, I have 8 cards left to go to complete 1975.  At this point, I don't expect to complete it by the end of the year (or 1979 for that matter.)  But, I do plan on making a push to complete both in January.  Afterwards, I plan to start two new sets:1972 Topps and another one. I haven't decided on the second one yet, but it will be something that is relatively easier to complete.  1972 Topps will be a bear to complete.  It is a large set at 792 cards, and a popular one. Consequently, the high number series are ungodly expensive. More so, I think, than it's immediate predecessor 1971. It took me almost two years to complete 1971, and progress was sporadic.  I could go months without making any headway. I expect 1972 will be much the same The "easier" set will be used to fill in the time gaps band give me something to do during those down times.

Anyways, if I don't post again any time soon, y'all have a happy holiday season!

What I am listening to:  Doing it Right by The Yawpers

Posted by carlsonjok at 10:22 AM No comments:

I've not done anything hobby-wise in well over a month.  Life has been busy and, at the beginning of October, my wife and I took our first real vacation in around 5 years.  It wasn't Lifestyles of the Rich and Famous, but we had a great time. We went back to Ohio and spent a weekend at Cedar Point riding roller coasters, walking through haunted houses, and having a generally good time.  We spent time with family (mine in Cleveland and my wife's in Mansfield), went to the Haunted Prison Experience (at the Ohio Reformatory, where The Shawshank Redemption was filmed) and spent a day running around Columbus before coming home.

So, I haven't had much time (and less money) for hobby activity. But, I did manage to pick up this one oddball for my Paul Blair player collection. 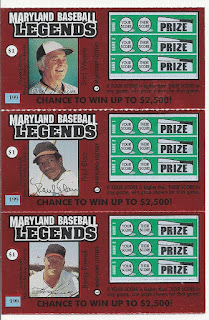 Strictly speaking,it isn't a trading card. It is a lottery ticket.  But, for $6 delivered I figured why not. As near as I can figure, this 1999 Maryland lottery issue featured six different players (Blair, Boog Powell, Earl Weaver, Eddie Murray, Brooks Robinson, and Rick Dempsey. I haven't yet separated the three tickets yet, though I am considering it.  Anyone want the Powell and Weaver?

What I am listening to: Dragula by Rob Zombie

Posted by carlsonjok at 10:20 AM No comments: