I have on a couple of occasions bid, and won, items at the bigger, more famous auction houses that specialize in sports cards and other sports memorabilia. However, for the most part, those auction houses are targeted to a different type of bidder.  When many of the lots start at $100 or more, it is out of my league.

There is one auction site (not called EBay) that does offer auctions targeted at collectors in my economic strata. That site is Kevin Savage Cards.  To be sure, they often have lots that sell for large sums of money. But, overall, they do offer a wide selection of affordable lots from both vintage and modern sets (including T206 and it's contemporaries), along with other memorabilia like game used items, autographs, and old programs and magazines. I have even won an 1974-75 Acme/Loblaws Hockey sticker album from them. I would encourage you to go check it out.  It is one of my favorite places to go to look to supplement my collection.

With that introduction, you have probably guessed that I am about to show off a couple of my recent winnings. If you did, you guessed correctly. 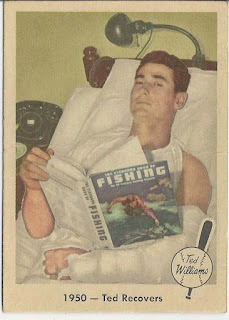 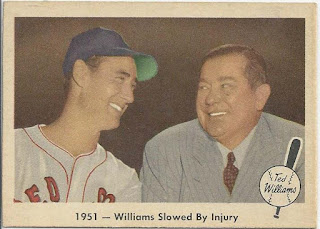 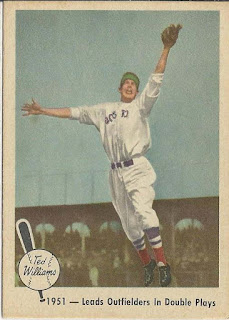 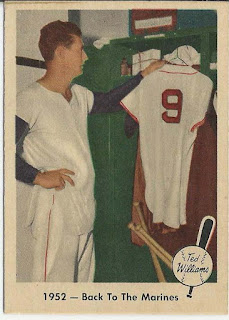 I won a recent auction of 6 cards from the 1959 Fleer Ted Williams set.  I needed the four shown above.  These cards push me over the halfway mark on this set. I now have 43 out of the 80 card set.
This isn't a priority set for me, as card 68 is ungodly expensive.  The card was pulled from circulation early in the release due to a licensing issue.  The card shows Williams signing a contract for the 1959 season. The problem was that the other person on the card, Bosox GM Bucky Harris, was under contract to Topps.  Thus, few of these cards made it into circulation.  Even low quality copies can sell for hundreds of dollars.  So, my expectation is I will get to 79 out of 80, fill the 68 slot with a more readily available reprint and wait until that rare time in the future where I have some mad money to play with and go after the original. 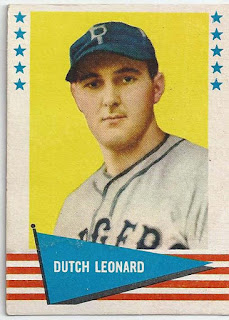 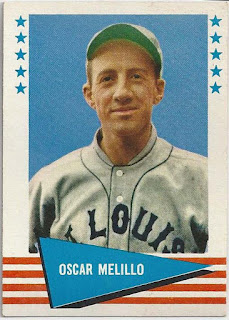 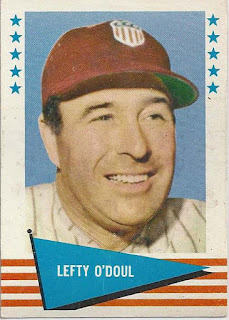 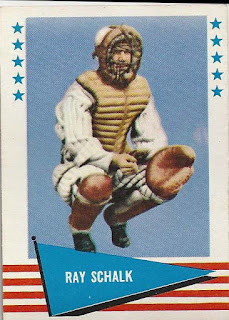 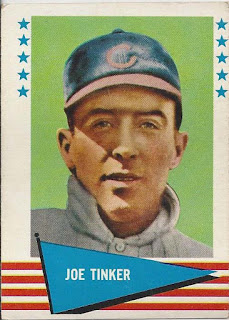 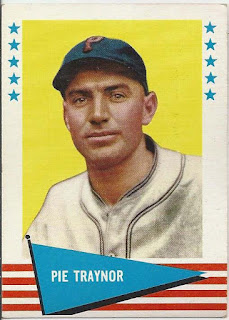 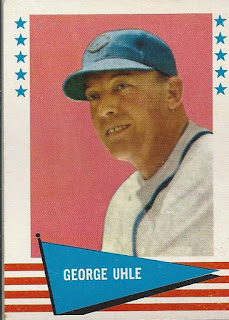 That is all for now, I do have a couple of posts planned for the weeks ahead.  But with the work week coming, they may not be worked on until next weekend.  In the mean time, I do urge you to visit Kevin Savage Cards.
Posted by carlsonjok at 6:07 PM 1 comment: 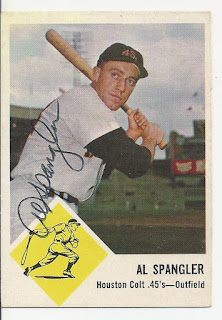 I got this card off of EBay, but it represents something of a challenge.  I originally submitted a card to a recent Chris Potter signing with Spangler, however they misplaced my card and it didn't turn up until after the signing was over.  I have been planning to send a card out TTM for signature, but have been terribly busy and haven't gotten around to it. I may do so yet, as I have a preference for blue Sharpie over ballpoint pen, but I am excited about getting this anyways.

This is, as the title states, the 46th card from the 66 card 1963 Fleer set that I have autographed.  I have another one out TTM and a second out to a private signing, but I am pretty sure neither will end up happening.

When I send out TTMs I always enclose a hand written letter talking about things I find interesting about the player's career.  What caught my eye about Spangler was that he was not a power hitter, having only 21 taters across 2616 career plate appearances, but he did collect a good portion of his career homers off of Hall of Fame pitchers.  He tallied 5 homers total (1 each) off of Jim Bunning, Don Drysdale, Bob Gibson, Warren Spahn, and Don Sutton.  That isn't alot, to be sure. But, it does represent 24% of his career totals.
Posted by carlsonjok at 5:24 PM No comments: 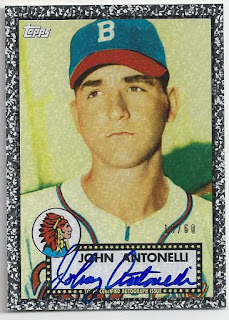 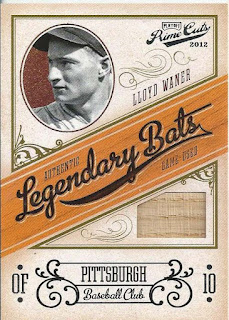 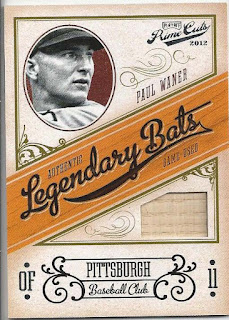 I have made some progress in the last few days on a couple of sets I am workign on.  I look forward to renewing that focus and sharing that with you few who read my humble blog.
Posted by carlsonjok at 5:45 AM 1 comment: