Tap tap tap...Is this thing on?

Has it really been two months since I last posted? Yes. Yes, it has.  In my defense, I haven't really been all that active in the hobby lately. Not by choice, mind you, but by necessity.  I've picked up a few commons for my vintage sets, but that is about it.  I did get a nice package in the mail recently that I'll talk about in a bit.  Feel free to skip ahead if you would like.

My wife and I don't have children, but we do seem to collect animals.  And animals can be expensive.  Take Missy: 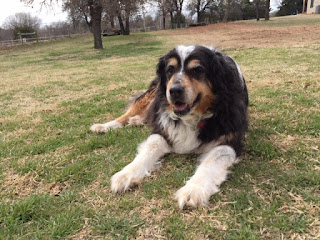 Missy is our senior pup.  Very senior.  We don't know how old she is, but we believe she is at least 16 years old. Missy came to live with us in the summer of 2007.  She actually belonged to a family that lived about a half mile away, but they really didn't pay much attention to her.   I patted her on the head once when she was hanging out at the convenience store/bait shop across the street and she followed me home.  Without getting in to the whole timeline of events, suffice it to say that we would take her home to her family and she was usually back the next day. Sometimes, she'd be back in a few hours.

Finally, the other folks told us that we didn't need to keep bringing her back, because she would do so on her own when she got hungry.  Fair enough. Except that she didn't.  She camped out on our front porch.  We made sure she had water (it was summer in Oklahoma) but that was it.  The next day she was still there.  Another day passed and she hadn't left.  After the third day of her constant presence, we finally figured out that she had chosen to live with us and was just waiting on us to abide by her decision. So, we did.

We have had a wild and wonderful history with Missy, but fast forward to last year when she started having small seizures. They only lasted 3 to 5 seconds, but they were serious enough to cause her to fall over.  The vet thought they might relate to her extremely low heart rate.  We tried several treatments to help, but none offered more than a temporary relief.  The vet suggested she be evaluated for a pacemaker.  (You see where this is going, right?)  Again, leaving out a lot of detail,  she was actually quite healthy, other than her cardiac issue. Surprisingly so, for a dog of her advanced years. So, she got a pacemaker.

Alas, a month later, we found a growth on her hip which ended up being a mast cell tumor. Luckily it was highly localized and had not metastasized, so we had it removed. Some latent back issues have re-asserted themselves and we are treating those with therapy and non-narcotic pain medicine.  She isn't the fireball she used to be, and has good days and bad, but she is still a happy girl and is still engaged in our family life. So, I will continue to honor the trust she put in us over 12 years ago.

So, that is why I haven't been doing much collecting of late, since I have been investing a lot of time and much of my spare money in my sweet, old girl. You probably think I am crazy. You are right. I admit it and am not embarrassed in the least.  But, given that we all collect small bits of cardboard, a certain level of WTF is already baked into our lives.

Anyways, let's move on to the card stuff. A package arrived a few weeks ago from Night Owl, right before I left for my annual Ohio trip, so I've been remiss in posting this,  N.O. was apparently one of the three people that read my previous post about the blaster of Allen & Ginter I bought, where I professed my love for the Mares & Stallions and History of Flight insert sets. 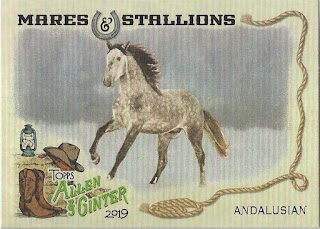 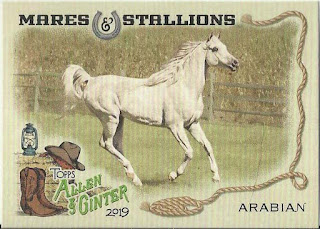 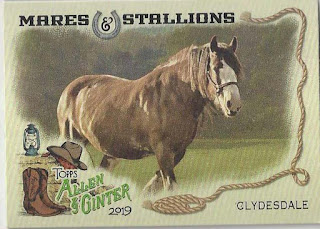 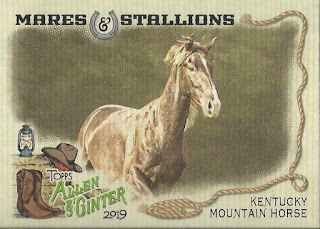 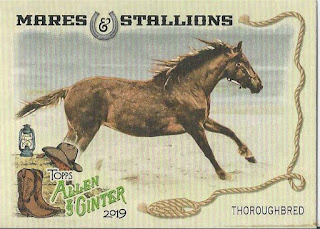 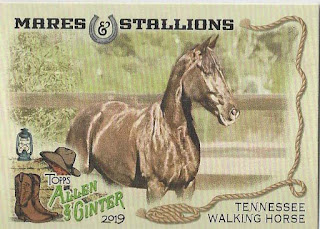 These cards did not seem problematic to me like the Appaloosa card did.  So, props to Topps for not screwing them up.  With these six, I am now up to seven cards from the 15 card insert set. I had tried to set up a trade with another blogger for more of the Mares & Stallions back in September, but I had a total of zero cards from his want list. 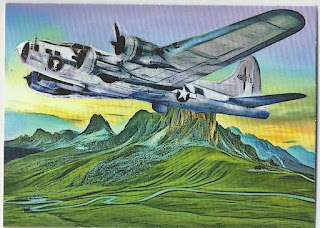 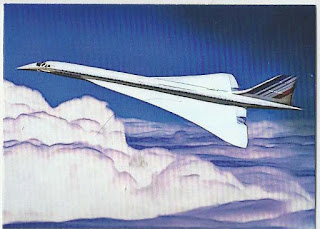 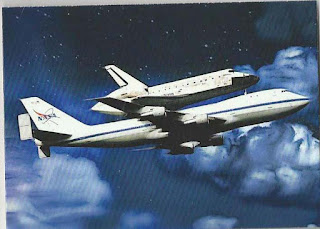 And, with these three, I now have four out of the 15 card History of Flight insert set.

I'm probably going to start dipping my toes in the hobby water here again soon.  There was actually a card show in OKC this weekend, but I decided to skip it in order to catch up on my honey-dos around the farm while the weather is nice. My plan at the moment is to drive down to Dallas for a card show on my birthday weekend in November.  Hopefully, I'll find something to fill out my end of the aforementioned trade, plus hopefully get closer to completing my 1968 and 1970 Topps sets.

What I am listening to: Methademic by Black Sabbath