So, I have been saving my pennies and am heading off to the big bi-monthly show up in OKC Saturday morning. I have a few goals for the show: 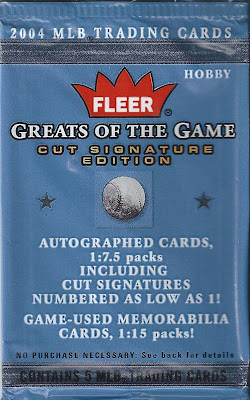 So, those are my goals in priority order.

In the next day or so, I may also publish a look at 2011 Topps Lineage. I bought a blaster of that last night and, frankly, I just don't get the set. Well, let me rephrase that. I get the set, I just don't like it. It has some really good ideas at it's core, but I think it is poorly done as a standalone set.
Posted by carlsonjok at 3:30 PM

Email ThisBlogThis!Share to TwitterShare to FacebookShare to Pinterest
Labels: 1977 Topps, Greats of the Game