This really didn't start out as a trade. In my infrequent, but much loathed, BOBOC feature there was an 1997 Score Albert Belle that Baseball Dad wanted. Since I really had no use for it, I sent it, along with a few Topps Indians stickers off. No strings attached. But, if any of you know Jack, he is always generous in return. I got a couple of Topps Update I needed. I am not going to show them because I am soooo over Topps Flagship. Suffice it to say those cards got me within striking distance of finishing 2011 Update. He also sent along almost a dozen 2011 Heritage to help me work the old want list down further. Here are a couple: 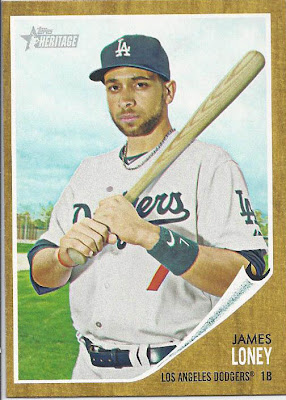 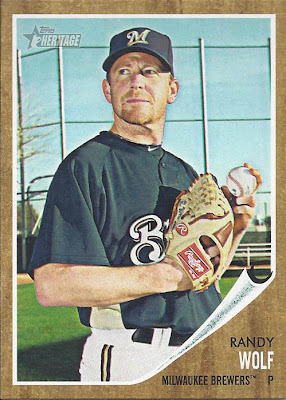 Dad also sent along a pack of 2003 Estrella's. I guess that is a common thing for him to do as I recall other bloggers posting about the Estrellas. But, having got them in hand, I have to say I really like these cards. If I wasn't working on too many sets I would likely consider building this one. I like it that much. It is a nice, clean design with good photographs. 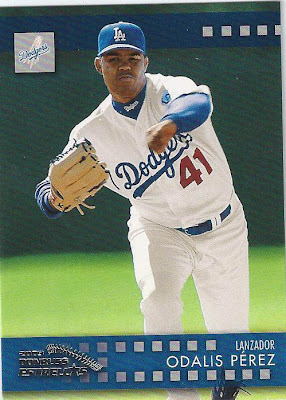 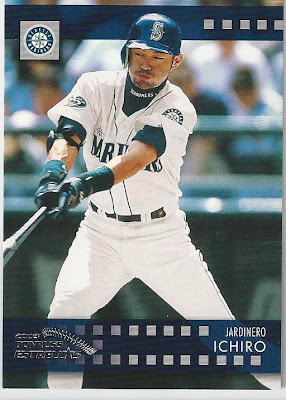 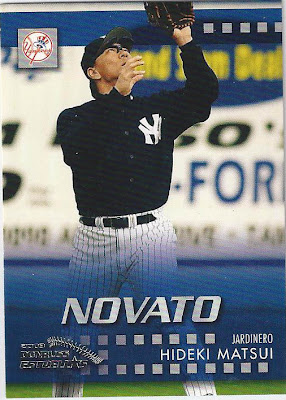 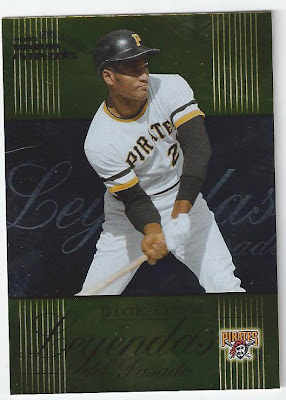 I think that this Clemente is my favorite card from the trade. A sharp design and one of the greatest ballplayers ever. It may not technically belong in my vintage/relic/auto binder, but that is where I put it.

Thanks Dad!
Posted by carlsonjok at 4:00 PM