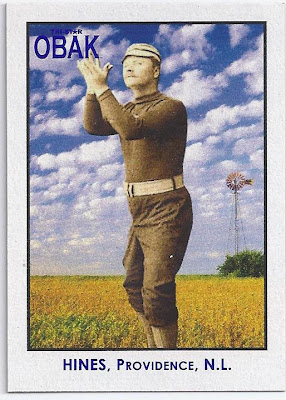 Hines apparently was a (or the) player in 13 baseball firsts, including the first unassisted triple play (he was on defense), first at bat in a World Series, and the first player to ever wear sunglasses. 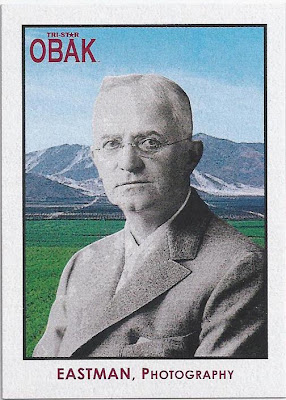 I complained earlier that the serial numbered parallels were only differentiated from the base cards, by the color of the ink used on the back. It took me until now (pack 13!) to realize that the color of the logo and title on the front are also different. Not sure it changes my underlying point, but I do need to correct the record. 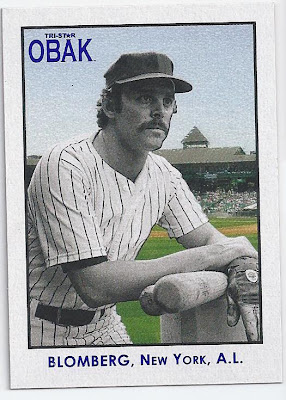 First person ever to go to bat as a designated hitter. 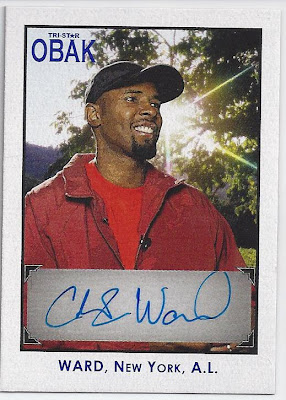 Charlie Ward is included because of his multi-sport credentials. He won the Heisman Award, was drafted by MLB, but ended up playing in the NBA. This is the fourth of the promised 4 autographs. I guess I am done for this box. 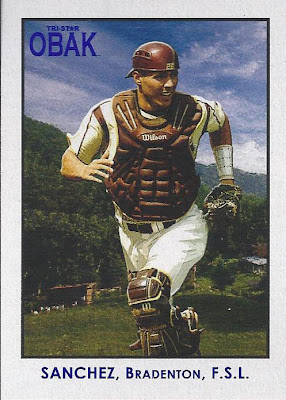 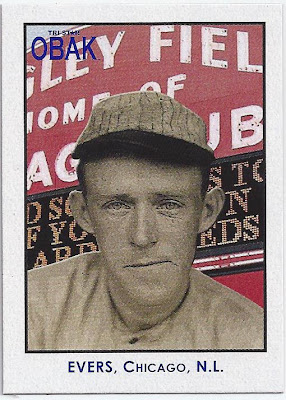 My first of three promised short prints. It is a variation of the Tinkers-Ever-Chance card shown earlier. Interestingly, as Charlie from Lifetimetopps points out, Wrigley Field didn't open until after Evers tenure with the Cubbies ended. 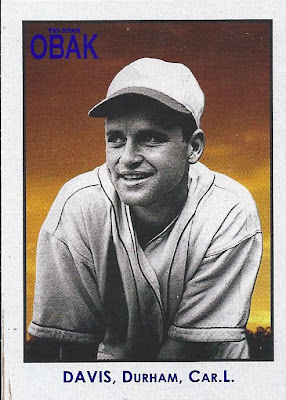 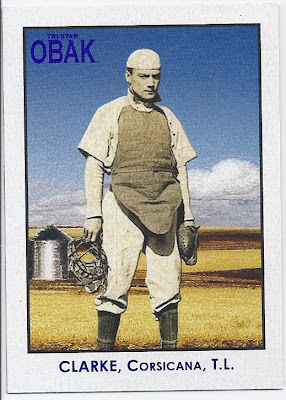 Part of the Minor Leagues Best series. I just like the background image.
Posted by carlsonjok at 6:30 AM