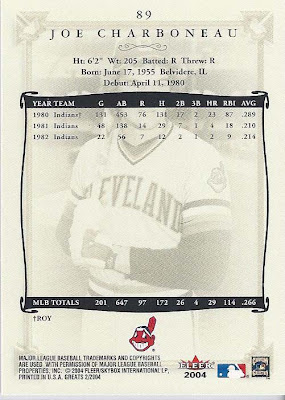 This is what I would consider the biggest clunker in the set. What you are looking at is Joe Charboneau's entire major league career. The history of baseball is littered with one year wonders. Why exactly does this one merit inclusion in a set called "Greats of the Game?" I mean, other than because Fleer could sign him to an autograph deal? 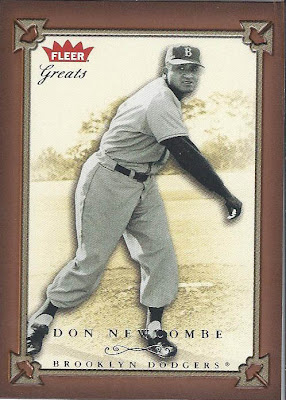 Another great player who lost years during his prime to military service, his during Korea. I didn't know this but, apparently, after his major league career was over, he played a year in Japan as a position player. That caused me to look at his major league hitting statistics. Don was a career .271/.338/.367 hitter. 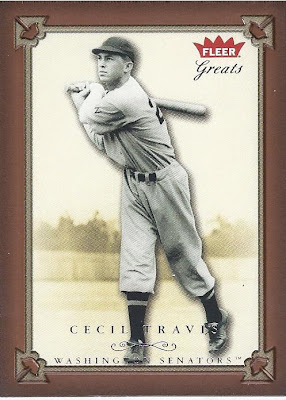 Just another classic B&W baseball pose that makes it a favorite. 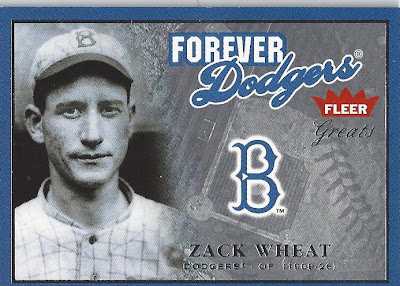 I really like the design of these Forever cards. I think I may try to put together the whole 29 card subset. I haven't looked into how available they are, so it may be a fools errand, but I may just be the fool for the job. 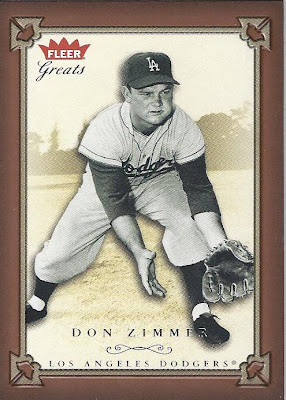 Probably the epitome of a baseball lifer. Started in organized ball in 1949 and was still active as late as as 2003. I love the fact that he has his trademark gerbil cheeks even as a young man. 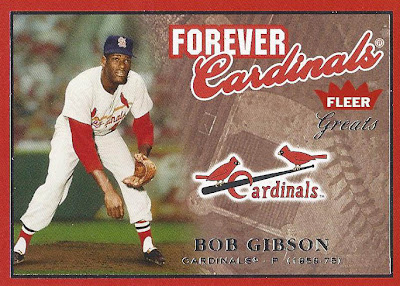 Coming Features: Tomorrow, I skip ahead to packs 13 to 15, which included a nice group of cards, but no hits and none of the various inserts either. Saturday, I'll get to packs 10-12 which include my one big hit.
Posted by carlsonjok at 3:00 PM