So, I didn't sleep well last night and woke up with a crick in my neck, so I am struggling to write anything interesting here. Forgive me. Anyways, here we are at the last set of packs in my GOTG hobby box and the much ballyhoed hit: 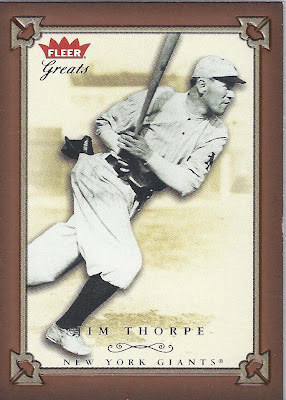 Thorpe was born about an hour drive from here in Prague, Oklahoma. Prague is a small town originally settled by Czech immigrants and is known for it's annual Kolache Festival. Be warned: if you click that link you will be regaled with a cheesy version of the Chicken Dance. Prague is also home to the National Shrine of the Infant Jesus. I occasionally drive out to the Muskogee area and seeing the signs for the Shrine always makes of this: 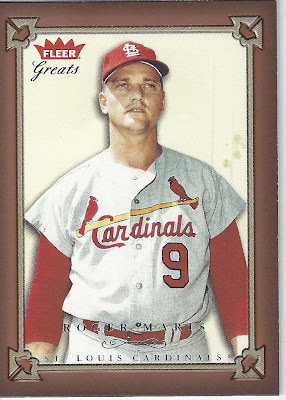 Yeah, it is a little weird seeing him as a Cardinal, but that is where he ended his career, so I am not going to complain. 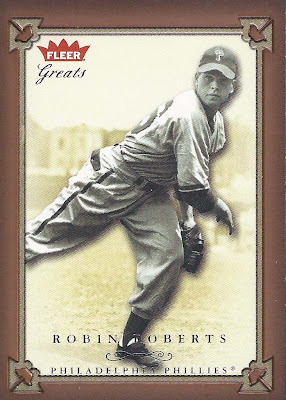 I got the auto version of this card earlier. 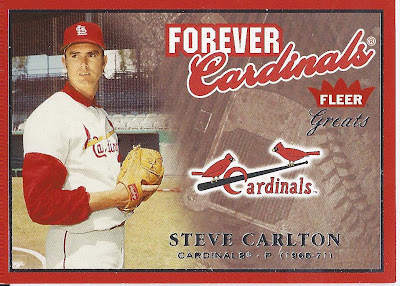 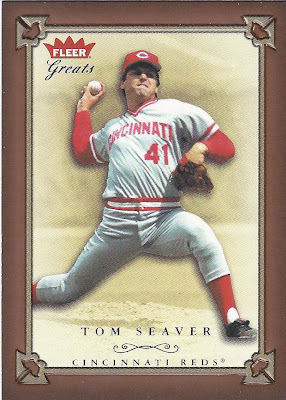 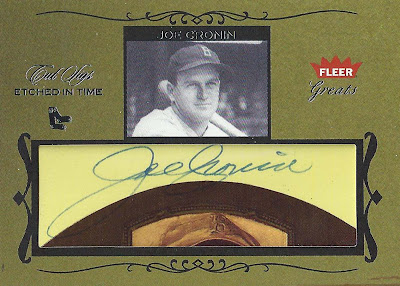 This is my big hit: a cut autograph of Hall of Famer Joe Cronin. I won't be retiring on the sale of this card, what with similar cards selling in the $60 to $80 range. So, I think I will keep it.

So, that is it. The summary of the 2004 Fleer Greats of the Game Cut Signature Edition box I bought. So, how did I do overall vesus expectations? Pretty well actually. Let's got back to my original list and see:

So, what next? Well, I do not have a complete first series, so I am seeing another box purchase in my future. Odds for autos are different on the first series, with an expectation of 3 per box, so I am excited to see what I will get. I will probably defer the purchase for a while. Because of the drought, I have started feeding hay very early this year and, by my calculations, my current stores of hay will only get me through January. I may have a line on some hay being hauled in from Mississippi next week, but it is probably going to leave a big ole hole in my wallet. My card hobby may need to be on hold for a while.
Posted by carlsonjok at 5:25 AM