Rainy day here. Figure I'll knock another one out before I head out to run errands. 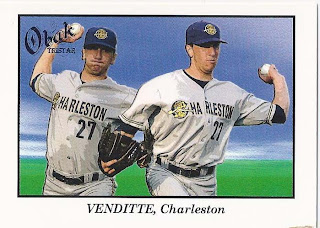 Switch pitcher!  And a Yankee farm hand.  He has had pretty good numbers through out his minor league career and made the AAA roster at the start of 2012.  But a torn labrum ended his season after 7 relief appearances.  It will be interesting to see where he lands next year. Will he be MLB first BOOGY? 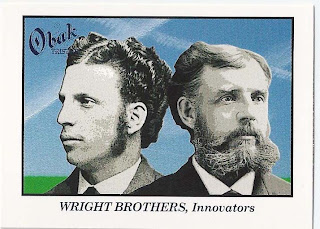 Not those Wright Brothers.  George (clean shaven) was a member of the original Cincinnati Red Stockings team that was established in 1869.  Harry (bearded) was the manager of that team and is credited with a number of baseball innovations, like positioning defensive players differently based on who is batting.  I wonder if Mark Tiexiera curses his name? 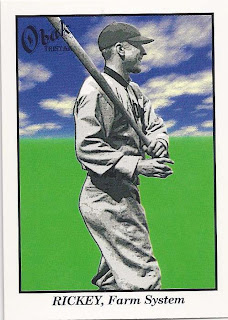 One of these days, I need to find a biography of Rickey. Probably as positive an influence on baseball as Mountain Landis was a negative.  Known best for breaking the color barrier (with Jackie Robinson), he is also known (at least in this household) as a graduate of Ohio Wesleyan University, my wife's alma mater. 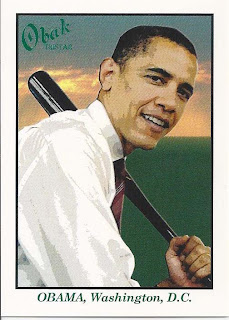 Sweet!  Card 100 is a short print to begin with.  To get a serial numbered (of 25) version of the card is pretty exciting.  I wonder if this is considered his rookie card? 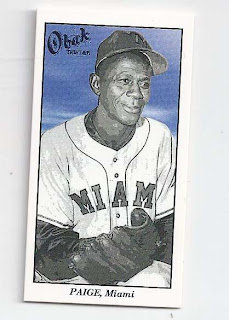 Not sure what to say about this.  Occasionally, you'll see one of those things where you are asked if you could have dinner with anyone from history, who would it be.  My first choice would probably be James Madison, but Satch would be my first choice from the world of sports. 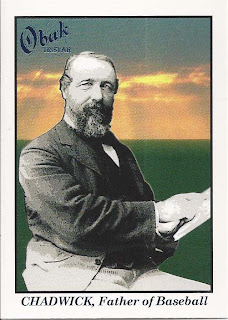 Chadwick is the original Bill James, what with his invention of the box score and being the first person to really keep track of statistics.  Check it out: 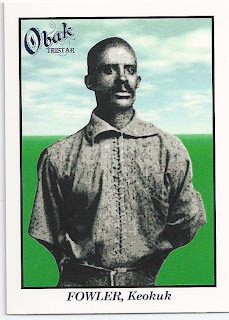 Bud Fowler was the first African-American professional ballplayer, thoough (obviously) he never made the majors. There is much to say about Bud, but just read his SABR biography. 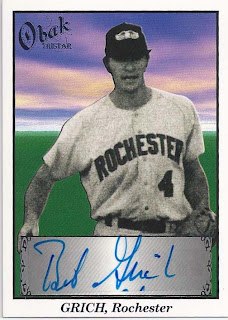 The first of my 4 promised autographs. And a player from my hometown Red Wings. 6 time All Star and 4 time Gold Glover, Bobby Grich. Interestingly, this is an error card.  It states that his batting average at Rochester in 1977, the year he was the MiLB Player of the Year, was .366.  It was actually .336. The typesetter apparently uses the numeric keys at the right on his keyboard and didn't fact check.

Wow. Two posts in two days. I am on a roll.  It helps some that I am listening to some high energy music.  Check it.


It's hard to sit still and put down roots when you have that playing in the background, no?
Posted by carlsonjok at 8:30 AM