Alright, I gotta get going here. I have to do better than one post a week.  so, here is another batch of cards from my 2009 Obak box. 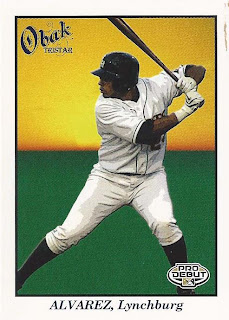 When this card came out, Pedro had already been promoted to AA Altoona, where he hit .333 in half a season. In another year, he would be up top.  Currently, he is the Pirates starting third baseman and appears to be cut from the same cloth as Curtis Granderson (despite playing different positions):  weak defense, with a one dimensional offense. He has power, but strikes out quite a bit.  So, low BA and OBP, but decent slugging numbers. 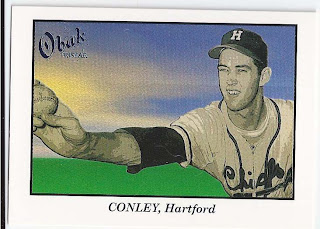 Interesting, Gene here was born in Muskogee, but went to high school and college in Washington state. Given his birth year of 1930, you would assume that his family was part of the great Dust Bowl exodus described in John Steinbeck's "Grapes of Wrath."  But you would be wrong.  Muskogee is in the Eastern part of Oklahoma and was not at the epicenter of the Dust Bowl, which mainly impacted the wheat belt in the northern and western parts of the state.  Indeed, his SABR biography indicates they moved to Washington in 1942, indicating a move for war work.

Conley's two claims to fame were twice winning the MiLB Player of the Year and, also, winning championships in two different professional sports.  He was on the 1957 Milwaukee Braves that won the World Series. He also was on the 1958-1959 Champion Boston Celtics. 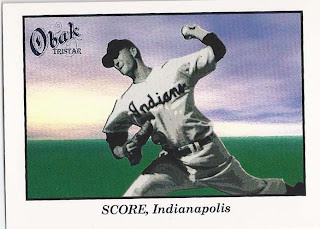 Herb was the 1954 MiLB Player of the Year and had two stellar years with the Indians in 1955 and 1956 until a line drive to the face and arm trouble after that put an end to the brilliance.  He went on to a long broadcast career. 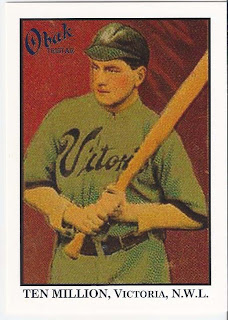 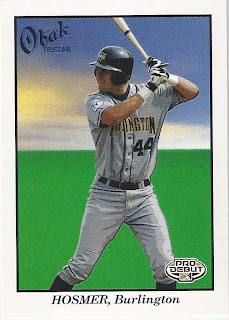 Not sure if there are any Royal fans out there, but I would be curious what you think of Hosmer.  After a stellar rookie campaign last year, he has been in a serious sophomore slump all season (Alliteration FTW!!). 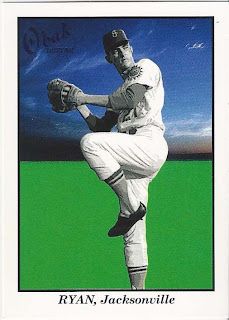 I am at something of a loss as to what to say about this card.  It's Nolan Ryan.  What is there to say about him that hasn't already been said? I will say this, chosing to show him as a Jacksonville Sun is a bit weird.  The sum total of his Jax career was a total of 7 innings in 3 relief appearances. 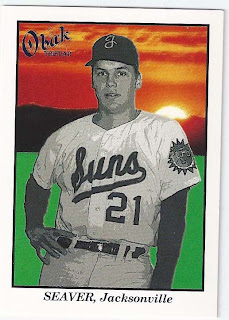 I guess I should have planned these posts better.  I really don't have anything original to say about Tom Seaver here either. His time in Jacksonville, a year ahead of Ryan, was a bit more significant. He ended up going 12-12 with 10 complete games, 4 shutouts, and a 3.13. He pitched a total of 210 innings in his single minor league campaign. Can you imagine any team letting a pitcher throw that many innings in the minors now?  Me neither. 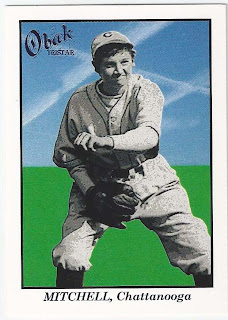 Her only professional accomplishment was to strike out both Babe Ruth and Lou Gherig in an exhibition game.  A few days later, commissioner Kennesaw Mountain Landis voided her contract and banned women from professional baseball.  For myself, I am coming to think of Landis as a blight on baseball's history.

That.......is a wrap.I am going to try and post a bit mor eoften, but it is going to require some more advanced planning on my part.  For now though, I am going to savor the final innings of the Yankees-Blue Jays game.
Posted by carlsonjok at 7:17 PM