I got this in a trade with Napkin Doon. 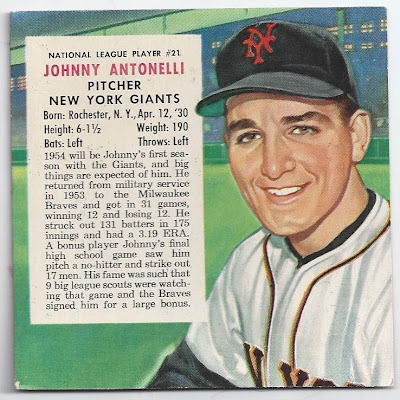 When most people think of Tobacco cards, I am sure they think of the cards from the early part of the 20th Century, like the iconic T206 set. But, apparently, there were cards associated with tobacco products for a large part of the century. Maybe you knew that, but I sure didn't. Not until these showed up over at Naps' place as he was showing off his haul from Cleve's auction night. He ended up sending me two versions of this card (he had three). Both occupy an honored place in my player collection binder now that I have an UltraPro sheet that they actually fit in.

Coming tomorrow: A card that seemed too good to be true.
Posted by carlsonjok at 11:10 AM