Like many of you, I had a COMC purchase arrive this week.  Unlike many of you, I didn't do the Black Friday thing. I wanted to make some progress on some of the various sets I am working, but wasn't planning on spending more than $25, including shipping. So it didn't seem worth it to me. I was able to finish one set, get a whisker away from another, and get within striking distance of a third. Let's look, shall we? 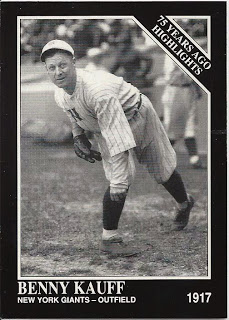 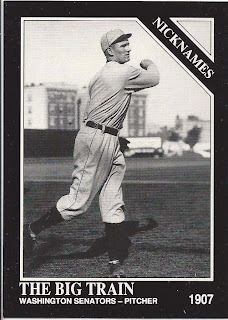 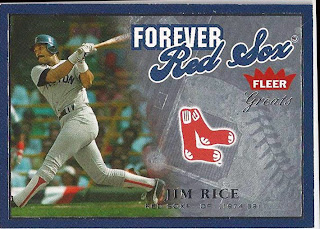 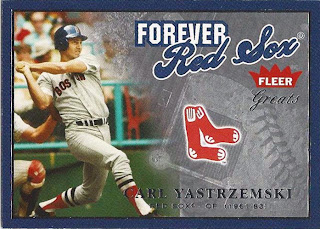 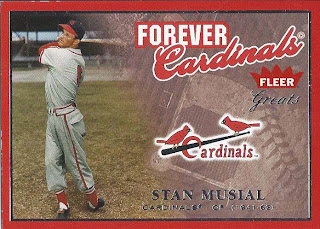 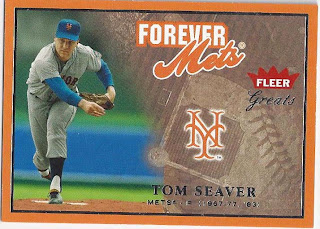 These are from the Forever insert set that was part of the 204 Fleer Greats of the Game.  I am slowly closing in on completion of that set.  There was a 145 card base set, with 4 insert sets totalling another 84 cards.  With these cards above, I am a mere 5 cards away from finishing.  I have to note that this does not consider the blue border parallels of the base cards or the auto/relic cards.  As I have said before, I may work on those if, and only if, I can find cheap lots of them.  But, I wil consider it done after I get these last 5 cards. 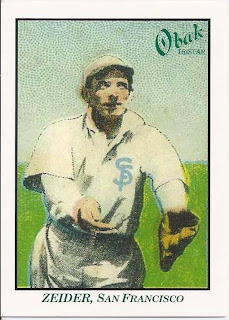 This is one of the short prints from 2009 Obak that are proving to be a problem for me. Alas, this isn't even one of the base set SPs, like I was looking for. It is actually one of the green print parallels, numbered to 75.  I must have been asleep at the wheel when I pulled the trigger on this one as I was just expecting to get the base card.  Not sure if I am going to try and replace it with a legitimate, unserialized base card or not. I realize that sounds odd, but the green print just doesn't look right in the binder. 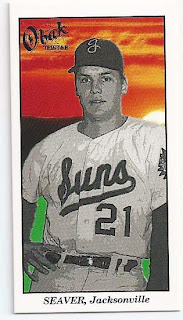 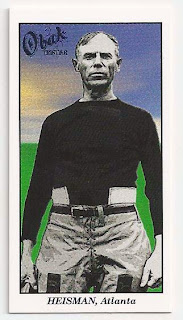 I also picked up about 8 of the 2009 Obak T212 minis, leaving me 5 cards away from finishing that part of the set. 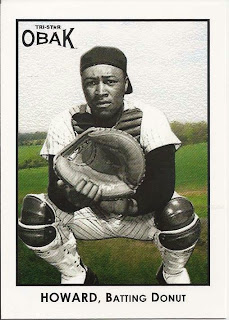 I picked up 3 more cards towards my 2011 Tristar Obak set (of which the Elston Howard card above was one), leaving me one measly, solitary, single card away from completion. I see the card I need out on Sportlots, but in a strange turn of events it is too cheap to get.  What, you say?  How could anyone complain about a card being too cheap?  Simple.  I cannot, in good conscience, buy a single 18 cent card from an online seller. I looked and looked, but couldn't find anything else in that seller's inventory that I needed.  So, I guess I will wait until the card shows up at COMC or someone from my vast readership finds it in their dupes box.  The card, if you must know, is #56 - Roger Connor.

So, there it is. I think I did pretty well considering how little I spent.  Up next is one of the two day card shows in OKC.  What with the holidays, I don't have much to spend, but I did save my birthday money over from November. Hopefully, that will be enough to make some progress on the 1973 Topps and/or 1959 through 1961 Fleer sets I am working on.

Added in Edit:  I found that Roger Connor Obak card on EBay for $3.71 delivered.  More than I really should spend on a non-SP base card, but it is the last one I need to complete the set. Screw it,  I'm pulling the trigger.


What I am listening to:  Near Wild Heaven by R.E.M.

Posted by carlsonjok at 4:35 AM