Not too long ago, Night Owl ran a giveaway to celebrate the 10th anniversary of his blog.  I entered, but was fairly far down on the order of selection and a lot of really cool cards had already been picked over. I ended up choosing the 2008 Topps Babe Ruth you see below. 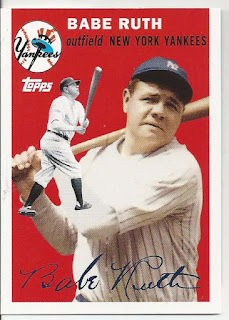 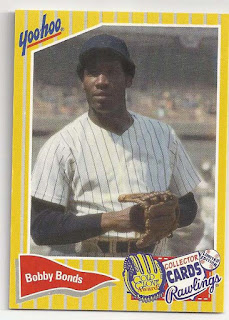 It doesn't really fit in my collecting wheelhouse, but it is a nice card and is apparently fairly rare.  The 1994 Rawlings Yoo-hoo Bobby Bonds was included and is a nice card as well. I like the design and it is the type of modern oddball I might consider collecting.

The following cards arrived from the inestimable Mr. Haverkamp.  He sent me 8 cards from 1972-73 Topps basketball, a set I started working on last fall.  Of the 8 cards, I needed two and three others were clear upgrades. I am not sure why I didn't scan all five of the cards before they went into the binder, but I didn't. So, here is four of the cards that found their way into my binder. 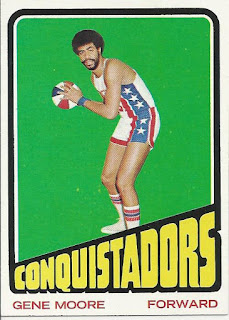 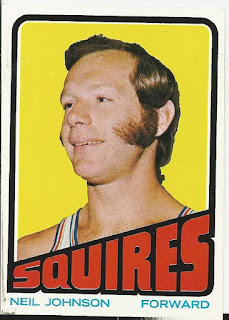 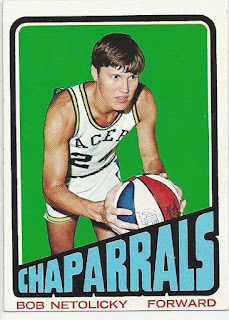 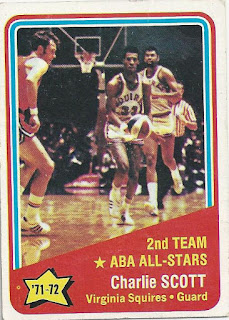 And finally, a card from 1968 Topps Baseball: 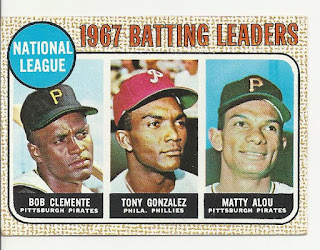 In terms of my sports card collecting, I am working on 1968 and 1970 Topps Baseball and am less than 100 cards from completing each set.  Specifically, I need 76 cards to finish 1968 and 99 to finish 1970.  Even though the number of cards is lower for 1968, I am probably further away. The only major stars I need for 1970 are Roberto Clemente and Al Kaline. However, for 1968 I lack most of the star cards, including the dreaded Tom Seaver rookie card and the Killebrew/Mays/Mantle Super Stars card.

I got this on an Ebay auction. My approach to set building is to get as far as I can with local shows and card shops. Once those sources are exhausted, I generally look to Greg Morris Cards set breatk auctions to fill out the set.  It takes a while because I usually only end up winning a few auctions at a time.  With 1068 and 1970, this is the point I am at. Although, my tentative trip to a Dallas show in February may help me knock a few more off in person.

So that may be about it for a while. I'll still keep an eye on Ebay, but my expectation is that I'll add more cards to my horse themed tobacco card collection and keep my powder dry on everything else until February.

What I am listening to: Jacob's Dream by Alison Krauss (sorry)

Posted by carlsonjok at 6:44 PM