My local Fox station, which was broadcasting the All-Star Game, went off the air sometime around the fourth inning.  After 45 minutes, it was still not back on line, so I went to bed. Unfortunately, I missed seeing Mariano Rivera. I think it was an awesome tribute that the position players stayed in the dugout and let Mo take his warm up pitches as the only player on the field (save the catcher.) I have seen the video and it appears to me that he was having a hard time keeping his emotions under control.

My disappointment, however, is lessened by the fact that I saw Rivera close out the Royals-Yankees game I went to in Kansas City back in May. I have been woefully behind on sorting through and posting some of the pictures I took at the game, but here is one of Rivera taking his warm ups. 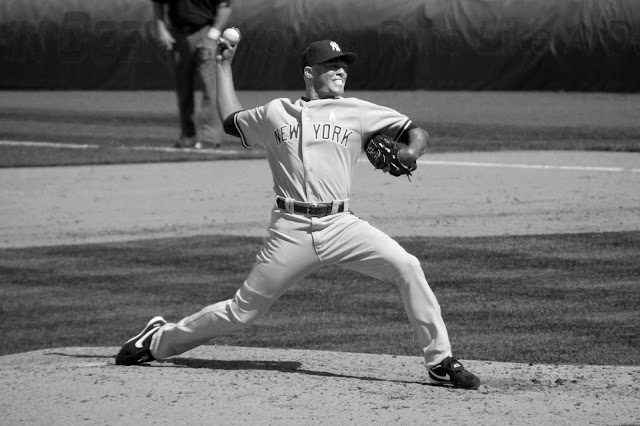 Posted by carlsonjok at 5:38 PM