One of my goals for the card show was also make some progress on the 1960s Fleer sets I am working on. Alas, my main vintage guy couldn't locate his stash of 1963 Fleers, so I focused my attention on 1961 this time around. I picked up 26 cards towards my 1961 set, bringing me to a total of 61 cards towards completing the 154 card set. Just a little under 40% of the way there. 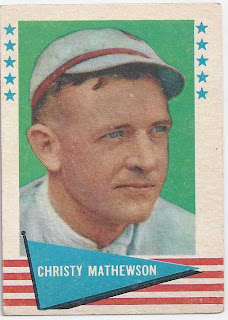 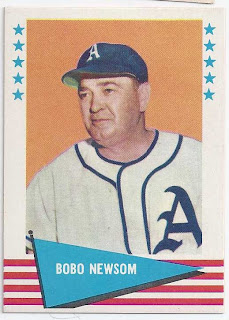 You just have to post a card of someone named Bobo. It's a law......or something.  Interesting factoid:  There were a total of four major league players nicknamed Bobo, and three of them all played in the Majors during the 1953 season.
So, there you have it, MLB has been a Bobo-free zone for going on 49 years now. There was a Dexter Bobo in the Milwaukee chain a few years back, but since he is now playing Independent ball in the Can-Am Association, I am guessing MLB will be Bobo-less for at least a few more years. There is a Wilfredo Bobonagua playing rookie ball in the Dominican Summer League for the Blue Jays. Here's hoping! 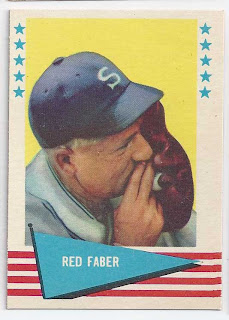 Red is either trying to confound the lip readers as he talks to his pitcher or is picking his nose.  You decide. 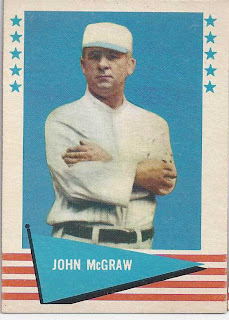 While my main vintage connection didn't have any stack of '63 Fleers to go through, I did manage to find three cards I needed in his discount box. 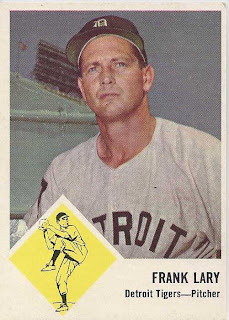 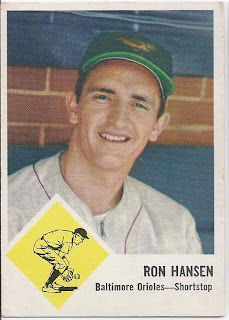 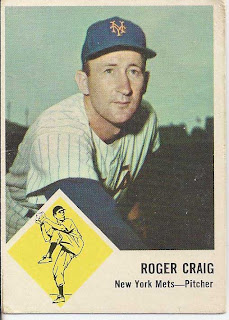 The cards are fairly clean and the edges are sharp. The only issue are the corners.  They are pretty soft, but considering these cards were $2 each (BV $15 to $20), I can't complain.  They look worse in the scan than in person, so I've marked them off my want list and am moving on.  I have 16 cards left to go to finish the 67 card set.  Alas, I have many of the main stars yet to go:  Brooks Robinson, Willie Mays, Don Drysdale, Warren Spahn, and Roberto Clemente.  So this set is going to be a long term project.  Even being as close to finishing as I am, I would expect that it will be deep into 2013 before I finish this one.  And I have yet to decide what to do about the checklist.  It is short printed and rare to find in clean, unchecked condition. It books at $500 and even raggedy versions can go for upwards of a C note.  As a set collector, I am conditioned to collect the checklists, but dayum.......

Next up: some miscellaneous finds.
Posted by carlsonjok at 6:45 AM