When I first started back collecting, I made it my policy to only build one set at a time.  It was easy to keep to that policy while building the mid to late 1970s sets, which were issued in one series.  As soon as I tried building a pre-1974 Topps issue, the futility of that policy became evident. To state what is well-known anyways, Topps sets from1973 and back were issued in series.  And the later series were issued in smaller numbers because they were coming out at the same time as football cards. Consequently, higher number series are difficult to find and more costly than there early season brethren. 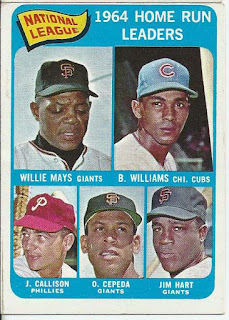 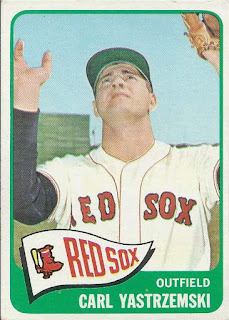 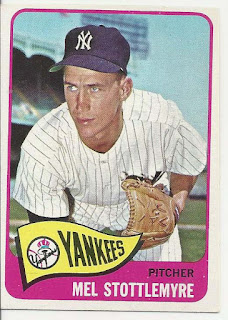 So, I picked up about 40 more cards, mostly commons, for 1965 at the Dallas show.  This puts me at about 70% completion, with 177 cards to go. I did manage to pick up a few star cards, though of the dozen or so most expensive cards in the set, I have exactly 1: #350 Sandy Koufax. 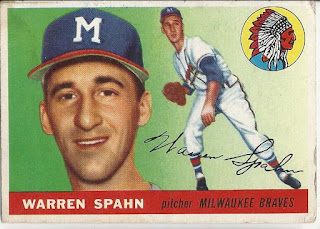 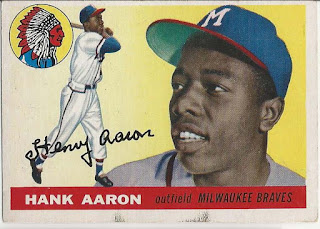 I managed to find 14 cards from 1955 Topps that I needed, including my first two star cards, shown above.  I am about 2/3 done with this set, but still have most of the star cards to go, including the Sandy Koufax and Roberto Clemente rookie cards. This will be a long term set build, even with the relatively short checklist. I'll probably keep adding a few commons at a time and bottom feed for star cards, but probably won't get serious until 2021 or 2022 when the National show is in Chicago and Cleveland, respectively.

That is it for the sports cards from Dallas. I have one more post planned with about a fun little non-sports card set.  Hopefully, I'll be able to make it a bit more informative than my last few posts, which are in the look-at-what-I-got category.

What I am listening to: Midnight Rider by Sharon Jones and the Dap-Kings