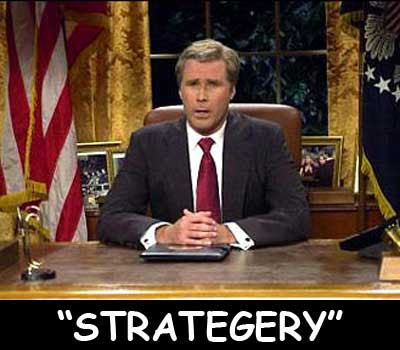 I had hoped to have this done before the Yankees started their offseason moves, but with work being busy I have delayed too long.Alas, the Bombers decided not to wait for my advice and went ahead and signed Brian McCann (more on that later.)

The Yankees overall strategy is always win this year.  Certainly, it was always like that during the George Steinbrenner era because George wanted to win.  I am not sure what the impetus is since the team was taken over by his heirs, who seem a bit more business oriented.   It may be honoring their fathers strategy and the franchise history, or it may be just that due to the fickleness of the teams fans that they have to contend to fill the seats.  I don't see any macro trends in their attendance history, but would note that home attendance in 2013, when they didn't make the post-season, was 7.5% lower than 2012, when they did.

That being said, the franchise strategy can be summarized thusly: sign premium players to big dollar, long term contracts and fill out roster  mainly with over the hill role players in the hopes of catching lightning in a bottle.  It is a strategy that works in the short term (see 2009) but not in the long run (see post 2009.)

I get the notion that you have to sign premium players and those players are going to demand long term, high dollar contracts.  I don't like it, but I at least acknowledge there is a logic to it. The problem is that most of the premium players are hovering around 30 years of age and the contract is only going to pay off for a while at the outset of the term.

Case 1 Mark Teixeira - At the time Tex signed with New York, he sported a .290 BA, .377 OBP, and.541 slugging average.  He achieved about that same level of performance in 2009, but has had a steady decline every year since.

Case 2 Alex Rodriguez - Coming off his 2007 MVP year, the Yankees signed him to a 10 year contract averaging 27.5M a year.  He has neither produced at the same level since nor had an injury free year. While you could argue that his 2008 and 2009 seasons were worthy of the contract, since then his production has declined precipitously and he certainly hasn't been worth the money since 2011.  Yet the Yankees are stuck with him for 4 more seasons.

I also question the idea of taking on formerly star players long term to fill out specific roles on the team.  The idea is to bring some maturity to the team in a pennant race and, hopefully some good production.  There has been some good examples of this (Andruw Jones in 2011 and Ichiro in 2012.)  The problem is that the Yankees tend to bring them back and subsequent production can be minimal (Andruw Jones in 2012 and Ichiro in 2013.)

I think the net result here is an under-developed farm system.  Certainly, there have been key players that have come up through the system. Robinson Cano is the best example today, but you can also add Derek Jeter, Mariano Rivera, Brett Gardner, and Ivan Nova to the list. The problem, of course, is for the 2013 team, that is the list.

I would like to see the Yankees spend more time developing young talent. Not only down on the farm, but with the big club.  There was a fair number of rookies that got into games this year, but that was mainly due to the injury situation, and none of them really got to stay in a role of any significance.  The Yankees need to drop the notion that they need a proven major leaguer at every position and bring along some of the talent they have waiting in the wings.

I would also like to see them, if they chose to sign a marquee player to not go beyond 5 of 6 years, and maybe less in some circumstances.  And for goodness sake, please stop trawling the scrap heap for reclamation projects.  Sure you get a mature player for cheap, but you only get marginal production in return.  If you are going to get mediocre performance from a role player, why not use the role to develop a young player rather than giving some over-the-hill warhorse a last season (or, God help us, two) in the sun?

Coming up:  The Backstop

What I am listening to:  Antiphon by Midlake