Has it already been over a week since I last posted?

I swear I sometimes think I suffer from adult attention deficit disorder. I have made no secret of my desire to cut down on the number of sets I am working on. While I did manage to not start another set when I finished 1976 Topps, I have been far less disciplined when it comes to the 2004 Fleer Greats of the Game set. When I started out putting that set together over a year ago, my main goal was to finish the 145 card base set, which I did in fairly short order. Subsequent to that, though, I decided to put together the various insert sets (Glory of Their Time, Battery Mates and Forever {insert various teams}). I've made pretty good progress on those inserts, too. With some focus, I can probably finish them before the end of the year. I thought that would be it for me, even though there is a blue bordered parallel set and an auto set. I wasn't going to bother with them.

Until I did. I found a lot of 7 of the blue parallels on EBay and won it. So, now, alluvasudden, I have 16 of the blue parallels and an Ebay saved search to keep my eye out for more. I am still only looking for multi-card lots, but that isn't the point, I am looking for more of those cards! With time and patience, I should be able to work that set to completion. No biggie, right? It isn't like I am going to try and work on the auto cards from that set. Sure, I have a few from the boxes I broke, but that is a 109 card set and some, like Stan Musial and Yogi Berra, don't come cheap. So, I will forgo chasing those. 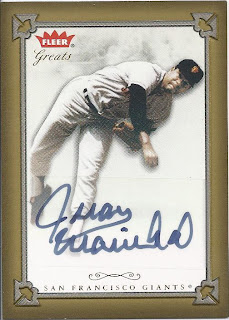 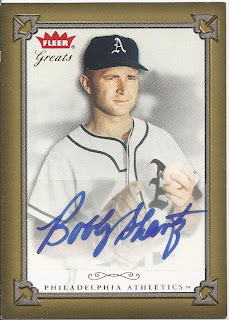 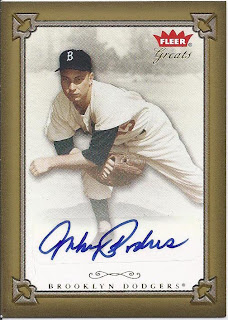 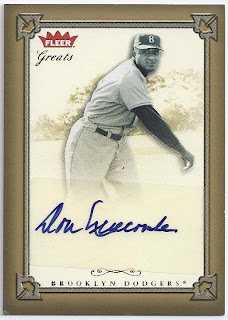 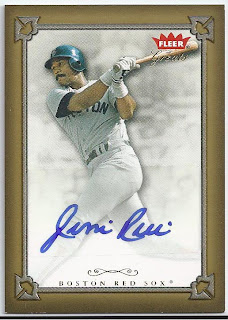 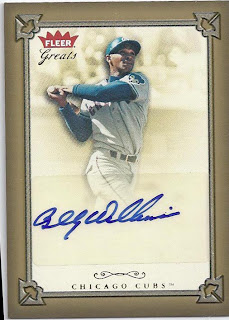 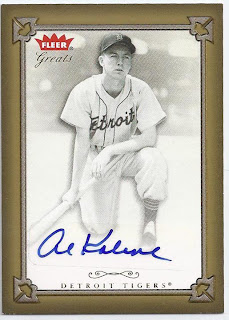 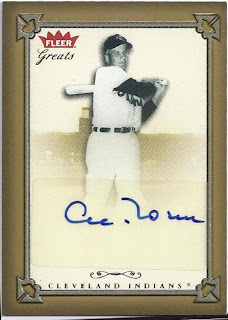 In my defense, I started out seeing if I could snag them on the cheap. And in most cases, I have. But, once the bug bites, perspective is lost. Some of the cards, like the Al Kaline and Don Newcombe, I paid upwards of $15 for. So, now I have 21 out of the 109 cards and am keeping my eye out for more. I am still going to try to get them on the cheap. I am currently only bidding on cards that are auctioned with a starting price of 99 cents, and have passed a lot by without a second look. Surely, I have the will power to not get the bug to finish the set.  With Stan Musial cards going for around $75, there is no way I will get that stupid.

Email ThisBlogThis!Share to TwitterShare to FacebookShare to Pinterest
Labels: Greats of the Game, WTF