I have a confession to make. I hate Bryce Harper.

Okay, I don't really hate him. After all, I don't know him and you cannot judge a man you don't know. Even if that man, at the tender age of 18, got a signing check for more money than I will see in my entire life. No, what I hate is the current state of the card collecting hobby. I've been back in the hobby less than a year, so it may seem odd to have such a visceral reaction, but I do.

When I first got back collecting again, I went looking for discussion forums and found one that will remain nameless. I quickly soured on it. It was virtually indistinguishable from a stock picking board. It was all "buy/sell/hold." If that is the style of collecting you enjoy, more power to you. It is, after all, about enjoying the hobby. But, it isn't for me. My niche, if you will, is set collecting and, in particular, vintage set collecting.

So, I kept looking around and eventually found a website that seemed to be for a collector like me. Or, perhaps more accurately, it was a site for the collector I would like to be. I found Old Baseball Cards. I spent some time looking around and reading some articles. Then I found the member list and, lo and behold, they post their want lists. Scanning down I found a familiar name, Chris of 1973 Topps Photography and Vintage Sportscards. These are two of the blogs I visit regularly. If you aren't familiar with them, you should be. They are informative and well written.

So, I took a look at Chris' want list and was surprised to find there were several things I had that he needed. I had a small stack of 1978 Burger King Yankees that I found mixed in with a lot of 1978 Topps I bought off Ebay when I first started collecting and there was 4 or 5 Chris needed. I also had acquired a 1969 Ken Boswell Rookie Cup card through the Diamond Giveaway site that he needed. Finally, I was pleased to see that he also had some modern set needs and that I had a handful of 2010 Topps cards he was looking for as well.

So, I contacted him to work out a trade. It took a little while to work out the details, as Chris was in the process of moving to a new home and I was doing a little work-related traveling. But, it eventually came together and off those cards went to their new home. A short time later, a package from Chris came in the mail with my cards. And what cards they were!

My collecting process is to work one set at a time, start to finish. Only after I have completed (or substantially completed) a set do I move on to the next. My first set that I worked was 1978, followed on by 1974. I am now working 1977, and expect to be working that, plus 1976 and 1975 over the next year or so. So, Chris sent me a stack of cards from those years...........plus an added surprise.

So, enough of my tortured prose. Let's take a look at a sample of what I got, shall we?

I got a couple of cards from 1977 that I needed for that set, including this gem: 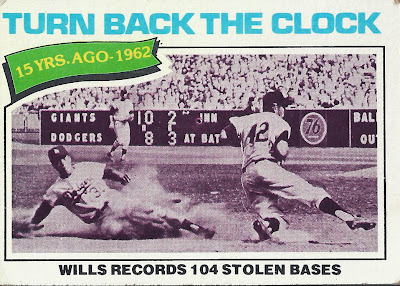 There was a bunch of 1975s, including Chicken: 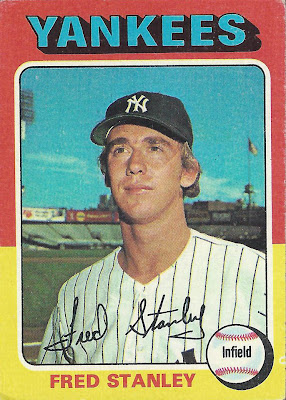 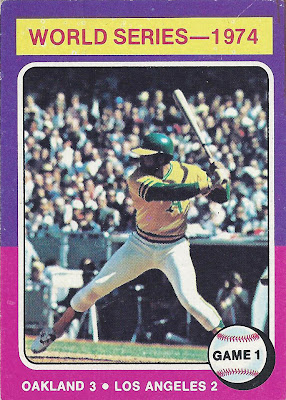 The surprise was this trio of cards from 1958, which are officially the oldest cards in my modest collection: 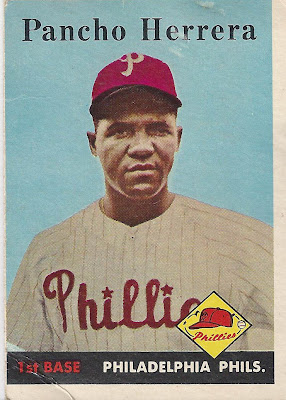 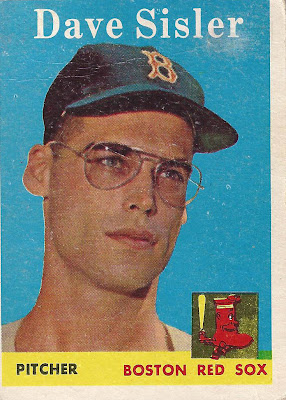 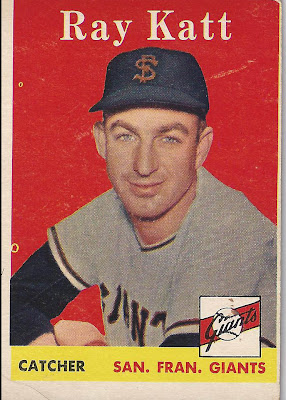 I love cards like this. I hope some day to be able to put together sets from that era, but expect I'll be an old man before I work my way that far back in time. So, having these in my collection is very special. My only quibble, having nothing to do with the cards themselves, is that I keep wanting to call the last player Bucky rather than Ray.

And, now, the piece de resistance. The most iconic card in my collection: 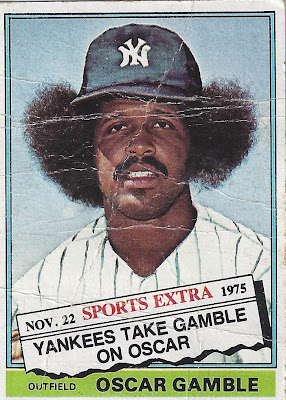 Yes! Score! As the scan shows, this card is well-loved. But, seriously, it should be. A 1976 Oscar Gamble Traded card should not be pristine. It should have been owned by a series of 9 year olds who take the card out often to look at that fantastic coiffure. I hope I can maintain interest when it comes time to put together the 1976 set, since the first card to go into my 1976 binder will be the best. Yeah, I heard there is some guys named Eckersley and Aaron in that set that are supposed to be good. But, can they top Oscar? Only time will tell.
Posted by carlsonjok at 4:30 AM