In my last post I mentioned I bought a few cards at last weekends show just because they caught my fancy. And here they are. 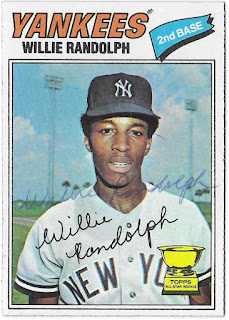 I found this signed 1977 Willie Randolph in a $5 box.  The more I look at it, though, the more convinced I become that it is not authentic.   So, basically, a fiver down the drain. 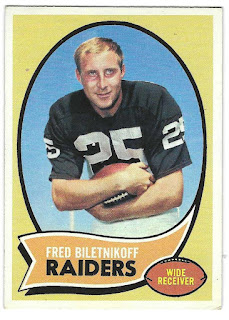 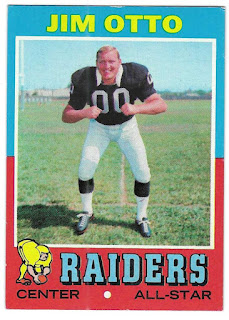 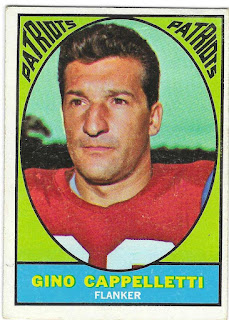 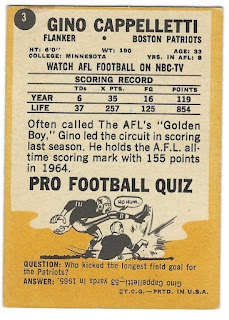 Over the last few shows, I've picked up individual vintage football cards of HOF players. Nothing expensive, but mainly players who names I recognize and I may have watched as a youngster.  I really like the 1967 Topps Gino Cappelletti; enough that may try to build that set.  At the time, Topps only had the license for the AFL. NFL cards were issued by the Philadelphia Gum Company.  The dilemma I face is whether I should also collect the 1967 PGC cards also.  Generally, I like the design of the Philadelphia cards, which were issued between 1964 and 1967.  But, 1967 was ugly with a canary yellow border.  So, I may just stick with Topps. It isn't anything I am going to start soon, so who knows what will happen.
Another thing to note here is the back of the card, which is very similar to the back of 1968 baseball.  I am assuming Topps got a deal on that godawful yellow ink.  As they probably started the printing the baseball cards after finishing up the football set.

Capelletti is an interesting fellow. He was both a placekicker and a receiver. He passed away at the age of 88 earlier this year. 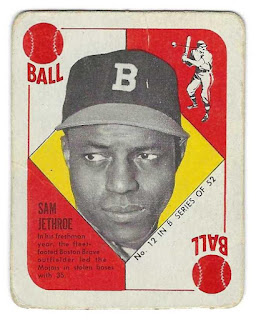 Believe it or not, this is the first 1951 Topps I have ever owned. I had to have at least one and this is probably where I will stop.  I am glad to have this card, but the set doesn't capture my imagination. 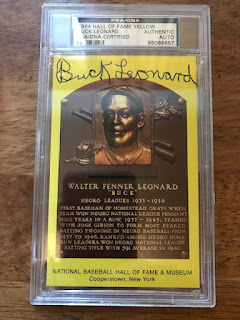 And, there it is.  My favorite pickup from the show. It was marked as $50, but the seller is my main in-person vintage guy, so he usually gives me a decent discount. So, I am guessing this cost me more around $40. Not a small sum, but well worth it to have an autograph of one of the greatest ballplayers ever.
So that is about it for the show.  Not sure what it next. Hopefully, I will start posting more.
What I am listening to: Lone Pine Hill by Justin Townes Earle

Posted by carlsonjok at 7:57 PM