I've been a little remiss in posting lately. I have had a hard time maintaining productivity at work, too. Must be something about the season.

Anyways, I recently completed a trade with Matt over at Card Anathema, where we swapped 1971 cards. I took his want list with me to a couple LCS and tried to help him out some. I managed to find some, although I ended up misplacing a stack somewhere, only to find them a couple weeks later. Hopefully, that second mailer got to Matt by now. Sorry about that.

In return, he sent me some of his duplicate 1971 cards. The swap was probably a little lopsided, since I only sent him cards from the first 5 series, but got around a dozen of the rarer high number cards back. And, they all weren't "commons" either. There were some cards he sent me that are valued at a significant premium over the typical card in that seventh series. And they are in fantastic condition. They most definitely stand out as the cream of the crop on their respective pages in the binder. Let's take a look at some: 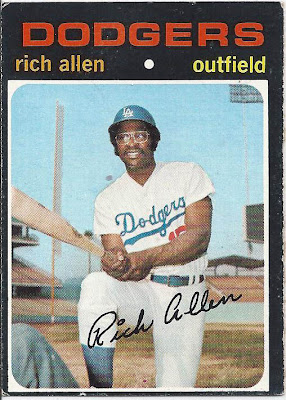 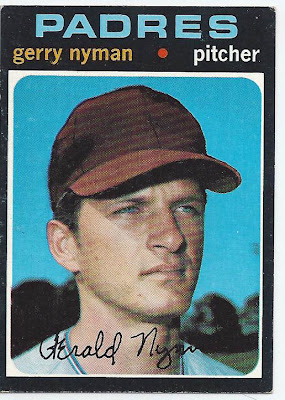 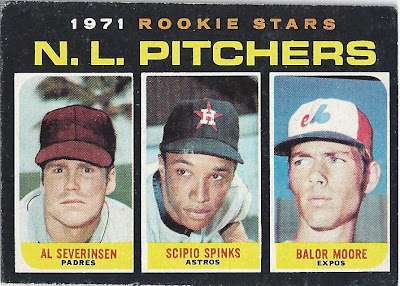 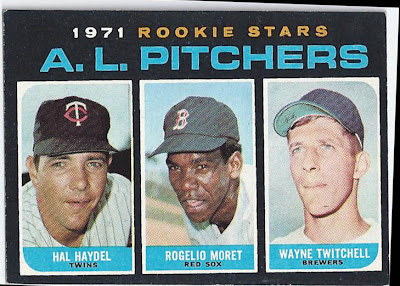 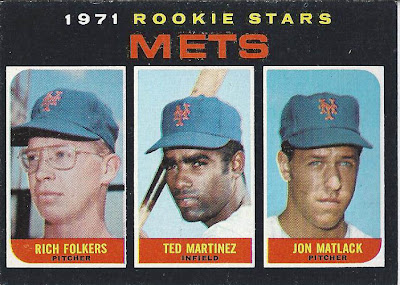 I can be a little slow at times. It wasn't until just now that I realized that this set has both team rookie cards and position rookie cards. I feel like an idjit and will have to go back and look at my 1974 set and see if it was the same way. I am guessing not, since 1974 is a 660 card set versus 752 for 1971. But, I'll look anyways. 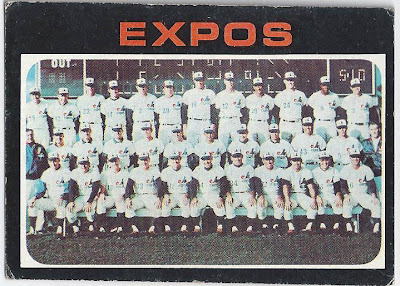 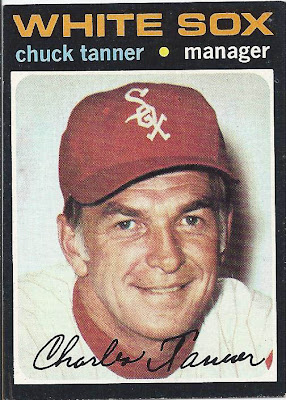 I figured it was time to look at how much progress I have made on 1971 and get a sense of how far I have yet to go. I have

So, I have 639 out of the total 752 cards, with an additional 39 needing upgrade. 152 cards to go. That is kinda depressing, since most of those cards are the semi-high and high numbers. But, I figured it would be a long slog, so I guess I shouldn't be surprised when the numbers bear that out.

Anyways, a huge thank you goes out to Matt. I am pleased beyond words with what you sent.
Posted by carlsonjok at 5:00 AM