Both my family and my wife's family live back east. Because of the distances involved we haven't gone back for Thanksgiving in many years. Generally, in the past, a former work colleague of my wife, who is now retired, invites us to his place down in Paul's Valley to have dinner with his, and his wife's family. The last few years, they decamped for Waco at Thanksgiving since his mother-in-law was in poor health and couldn't make the trip up. So, we had held Thanksgiving dinner at our place and invited our friends who were solo for the holiday (we affectionately called them The Orphans) over. But, this year we are heading back down to Paul's Valley. Luckily, The Orphans were able to get together with another set of friends for dinner.

So, I only have time for a quick post, as I need to get into the kitchen and make a Cowboy Caviar appetizer and spicy cornbread sticks to take with us today.

Recently, in my quest to clear a lot of the cards I don't want out of here, I made a trade with Napkin Doon. In exchange for some random Rangers, he sent me 12 cards I needed for my 2001 Heritage set, including two of the Classic Renditions short print inserts. 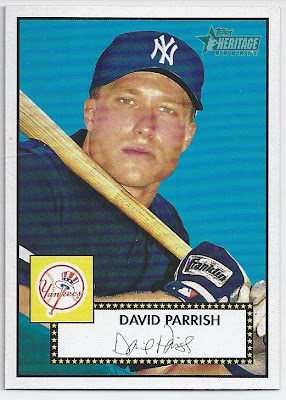 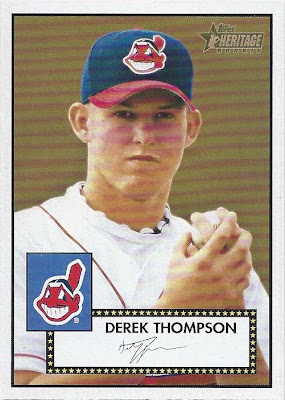 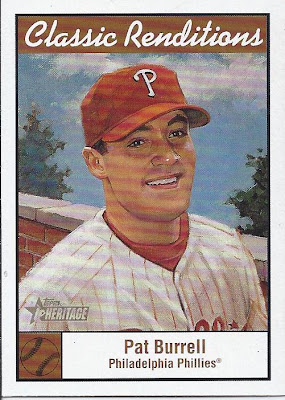 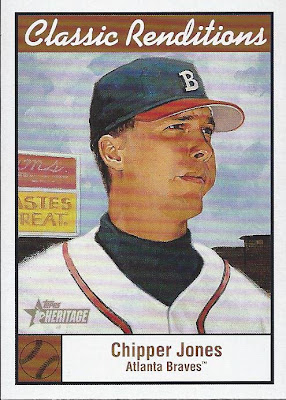 Also, he sent along a couple cards out of a lot he won at Cleve's Auction Night. For those of you who don't know, Cleve's is a LCS in NW Arkansas and hold weekly auctions. I have participated in the past, phoning bids prior to the auctions start, and have picked up some nice 1956 cards. Due to a variety of reasons, I haven't participated in the auctions in a couple months, but after the holidays are over, I intend to start again. Nap had won a lot of 1954 Red Man tobacco cards and found out that the lot included not one, but three Johnny Antonelli cards. Since I had, oddly enough, just started a Johnny Antonelli player collection, he was gracious enough to send me two of them.

They are really nice, but are pretty large and I don't have an Ultra-Pro that they fit in at the moment. I'm going to have to be extra careful with them, as they are in fantastic shape, as you can see from the scan below. I'd say it is clearly Near Mint. 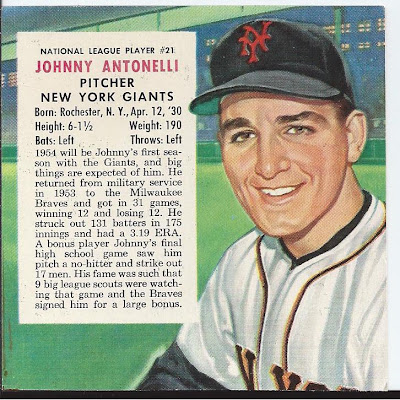 So, thanks Nap and Happy Thanksgiving to you all (and a happy belated Thanksgiving to any Canadian readers). Allow me to be serious for a moment more. If any of you are planning to deep fry a turkey, please watch this PSA from State Farm about the proper use of your turkey fryer.