So, I did end up at the card shop yesterday. I had a birthday check from my folks burning a hole in my pocket. I got a good start* on my 1976 set, picking up about 180ish commons towards the 704 card set (660 base and 44 traded), for around $40. Here are what I consider the highlights. 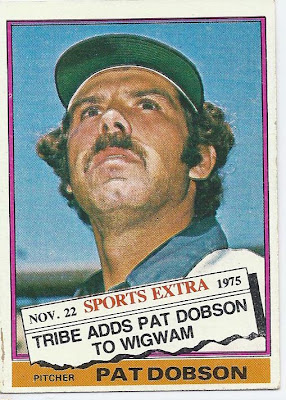 Riffing off recent comments about the generally offensive nature of the Indians mascot, Chief Wahoo, I cannot help but think the reference to wigwam is similarly an artifact of a less enlightened time. 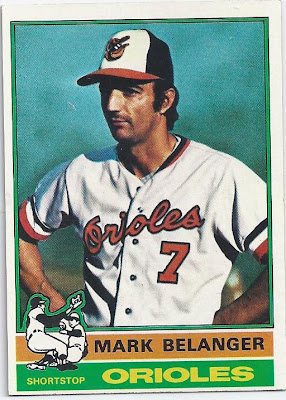 I probably ought to just look it up, but I am too lazy today. Is there any such beast anymore as a light hitting, but excellent fielding starting shortstop? 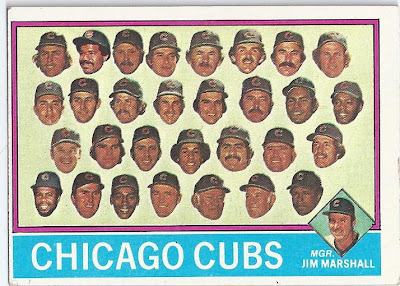 What is it with the Cubs and the floating head team cards. I probably ought to look it up, but I am too lazy today. Are all their team cards of this design? 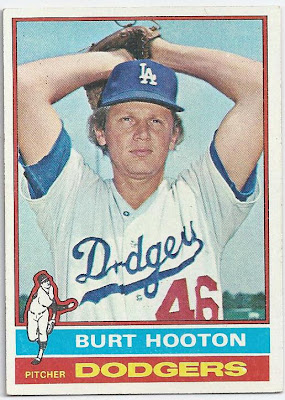 I always show Burt, since he is the pitching coach for the local minor league team, the OKC Redhawks. 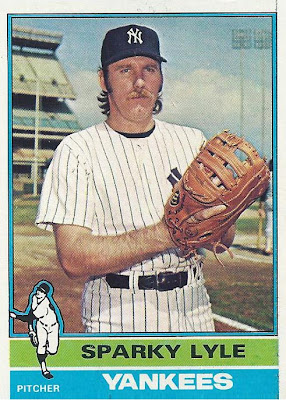 I was surprised that Sparky's card was considered a common, since he was a leading fireman of his era and the 1977 Cy Young Winner. 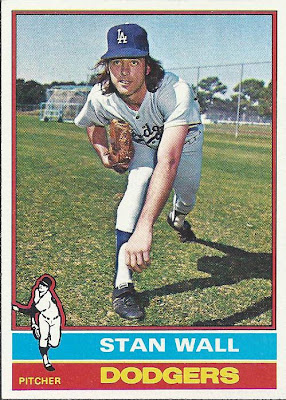 I think he shares a hair stylist with Tim Lincecum. 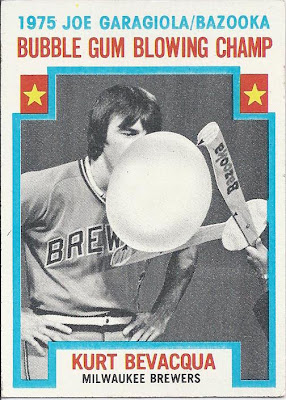 This card is all kinds of awesome, but the best part is this: 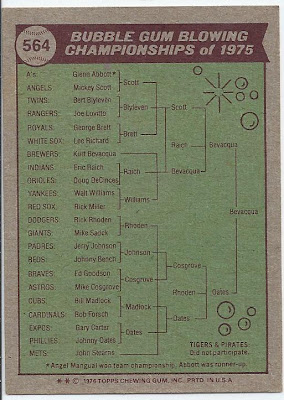 They actually held a elimination tournament. During the off-season, I'd definitely watch such a show. Get on that MLB Network!

* To be perfectly accurate, I already had a start on 1976 with cards from the Diamond Giveaway site and a trade with Chris from The Vintage Sportscard Blog, including the iconic Oscar Gamble Traded card.
Posted by carlsonjok at 7:35 AM