I recently completed another trade with Chris at Vintage Sportscards. I sent him some vintage cards that didn't fit with my collecting priorities and he sent me some cards that he had that did. So, without further ado:

Chris sent me 6 cards from the 1977 set. This cut my want list almost in half, going from 13 down to 7. Included among what he sent were three Hall of Famers and one guy that could almost make the Hall. 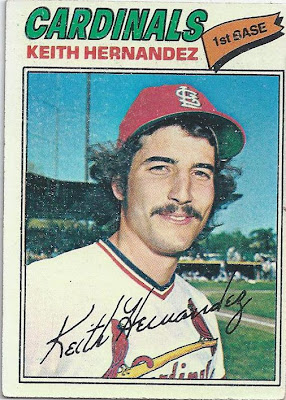 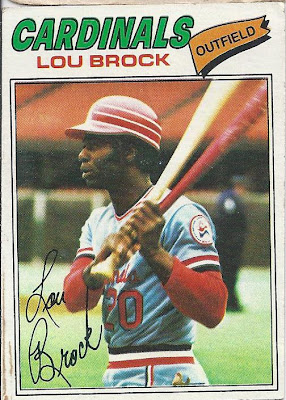 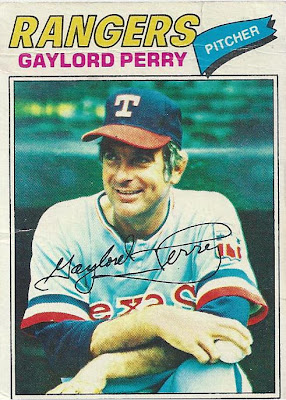 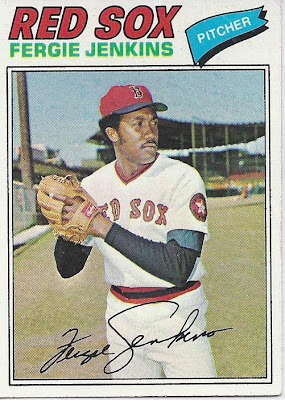 He also sent four of the original issue Star Wars cards. This is a set I am going to put together for my wife, since she had a few of the cards and loves the movies. 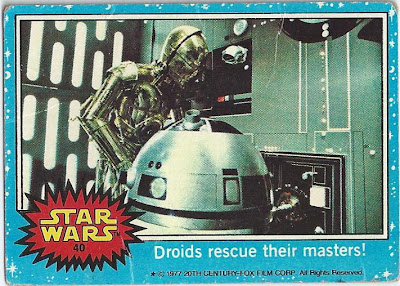 This does deserve noting further. Chris had mentioned on a previous post that this Star Wars set was the first set he collected. To receive some of his duplicates from the set that was his entry into this hobby is pretty awesome. 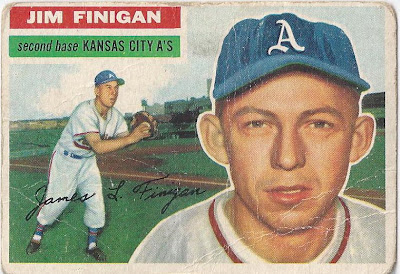 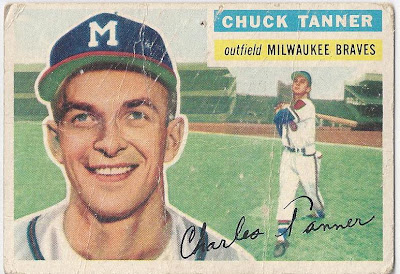 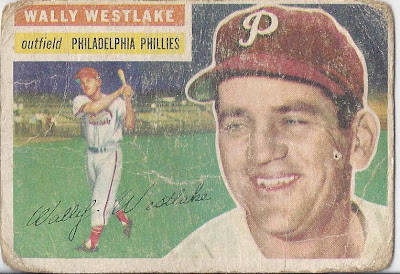 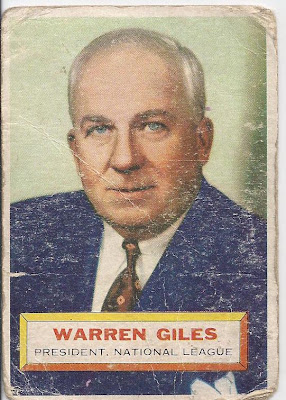 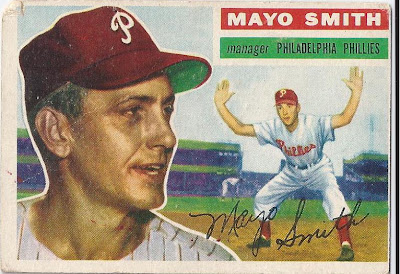 1956 is my long term project. I am not sure I will ever finish this set, what with Micky Mantle booking at $1,500. But, I love the card design enough that I am going to chip away at it and hope that perhaps sometime in the future, I'll have enough disposable dinero to buy that card. These five cards bring me up to 40 for the set, which means I have crossed the 10% complete threshold. Mayo Smith was a duplicate, but that is pretty cool for two reasons. First, this one is in far better condition than the one I had before and will now replace it's predecessor in the binder. Secondly, while it is normally a letdown to get duplicates, in this case it is cool to get a duplicate for such an iconic set. It signifies that I am moving up in the collecting world. That is my interpretation anyways.

So, thanks Chris!
Posted by carlsonjok at 12:50 PM