My wife is off goofing with her cousins in Las Vegas this weekend. So, I am on my own and the crummy weather gives me an excuse to not work on my honeydew list. So, what big things do I have planned?

Not much really. It is December, so money is tight. After all, there is Christmas shopping to do, quarterly payments on what seems to be eleventy different insurance policies, and.....well.....my wife is in Vegas.

There is a small card show at an LCS up in Edmond today. Quite coincidentally, I am going to be in Edmond today to pick up some medicine to doctor a sick horse. But, I have decided not to go. There is a bigger show next weekend in OKC, which will include all the same dealers. I plan to go to that show, though with little more than lint in my pocket. So, there was no point in going today.

I will stop by the LCS in South OKC, but probably only to pick up some sheets. I've gotten some oddball sized cards over the last few months and need to do a better job of protecting them. I may sneak a peak at a dollar box, but I don't have a lot of time at my disposal. A friend of my wife from Tulsa is in town this weekend for a jumping clinic and asked me to take some pictures of her new Gypsy Vanner horse.

Tonight, I'll work some more on getting my cards organized. Last night I watch "The Fellowship of the Ring" while getting some of my 2011 cards in order. Which brings me to: 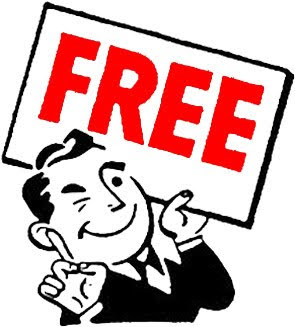 While many of you have been gracious enough to take cards off of my hands, I still have way too many that I don't need. So, I am going to throw an offer out to all y'all: 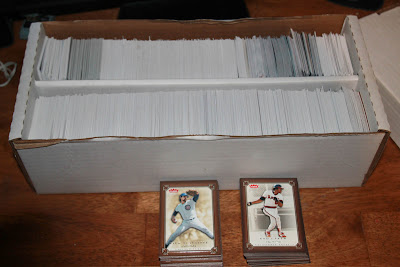 This is the results of my organizing efforts last night. What you see is a 1600 count box of Topps flagship (Gah! Did I really buy that much retail this year?) This is all my base card duplicates from Series 1,2 and Update along with all of the inserts I pulled. There is also some Diamond and liquorfractor parallels mixed in. In the foreground is a partial set of the 2004 Fleer Greats of the Game. There are 89 unique cards (90 total cards) out of the 145 card base set.

You want either or both of these lots? Claim them!
Posted by carlsonjok at 5:20 AM