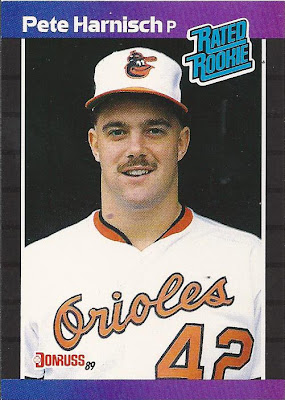 I don't have the same visceral dislike for 1989 Donruss that I do for 1988. It isn't a real pleaser, but it does get closer to what I like. The horizontal black stripes on the dark gray side border seems a bit superfluous and the shifting color bars on the top and bottom are similarly distracting. Either eliminate those stripes or go with a sold color at the top and bottom and this would be a card design I could grow to like. 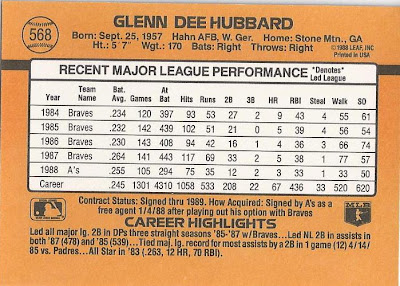 The back is fairly well designed, I think. I prefer to see all career statistics, while this set shows only the details of the last 5 years, it does have some positive aspects. I like the inclusion of Contract Status and How Acquired information. And while the color is more reminiscent of a Dreamsicle rather than a baseball card, I do appreciate that it significantly improves the readability for this forty-mumble-mumble year old. I love my 1974 Topps but, dang, the backs are hard for me to read.

I still won't collect it since it came from the overproduction era. That isn't because the set won't ever be worth anything. I don't do any collecting with an eye on future value. However, the set's general worthlessness means that I can go and get a complete set on EBay for less than the price of a fast food value meal. There is no challenge to collecting it. The chase is where the fun is. 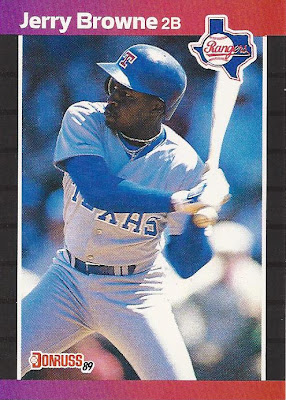 I saw that Jerry's nickname was The Governor. Looking at the back of the cards for clues, I saw that he was born and lived in the US Virgin Islands. I immediately wondered if he came from a political family. Alas, the etymology of the nickname is more mundane. He was given the nick because he shared a name (if not a spelling) with a former governor of California. I should have known that. 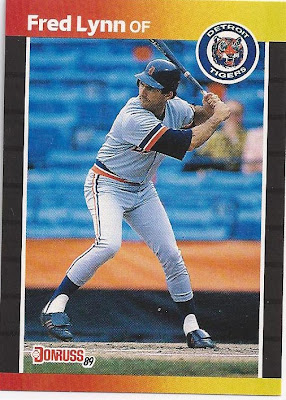 Lynn was the best player in this pack of cards. 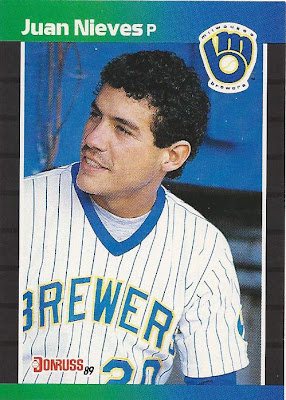 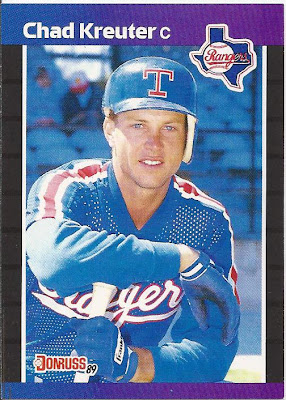 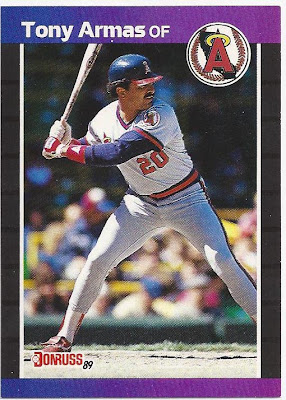 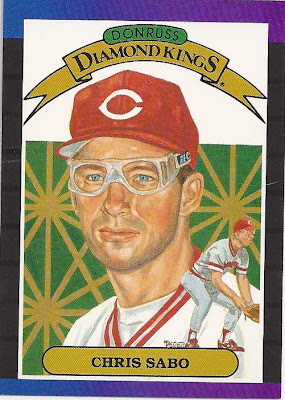 The back of this card describes Sabo as "a throwback to the gritty old-time ballplayer of two and three generations ago." That may very well be true, but I have to suspect those glasses would have set him up for some serious razzing from his fellow players. Although, given that he was nicknamed "Spuds" because of a resemblance to the commercial icon, Spuds Mackenzie, I don't suppose playing in the modern era prevented him from receiving a fair piece of abuse.
Posted by carlsonjok at 3:00 PM