Saved by the Mail, Part 2


The second trade pack that came in the mail yesterday was from Paul over at Carl Crawford Cards. I sent him some Rays cards, and one measly card of his 1973 want list (hopefully anyways, since I don't recall now seeing it when I packed up his cards for shipment) and I got a metric ton of 2002 Heritage in return. This really cut my want list down to size for 2002 Heritage.

I struggled to decide what cards to show and finally settled on those cards from players who, at a minimum, took a turn with the Yankees in 2011. 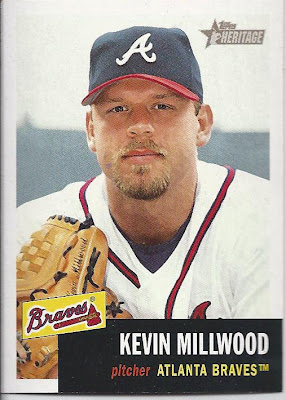 Okay, Millwood is a bit of a stretch,. He was signed by the Yankees during spring training, turned in 9 uninspiring innings at AAA, and was released. Not long after that he caught on with the BoSox, was similarly uninspiring at Pawtucket, and released again. He then signed with the Rockies and turned in 9 workmanlike starts with the big club at the close of the season. 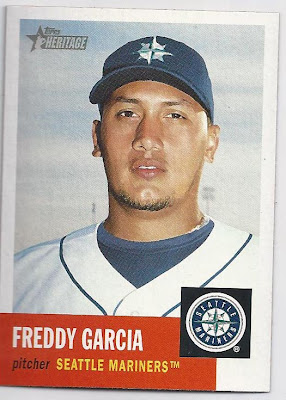 Freddy was picked off the scrap heap and turned out to be a key part of the Yankees starting rotation with a 12-8 record and 3.62 ERA performance. I was pleased to see that the Yankees have signed him again for the 2012 campaign. 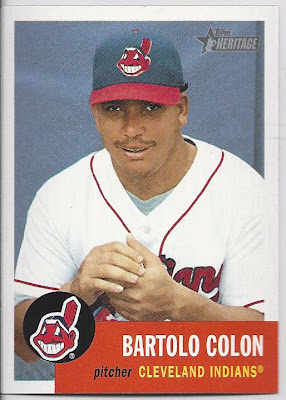 Though his 2011 line doesn't reflect it, Bartolo really stepped up when Phil Hughes hit the disabled list. He faded near the end of the year, but there was a stretch mid-season when he was a legitimate No. 3 starter for the Bombers. I really enjoyed watching him play. He has the endearing habit of playing catch with himself when sitting on the bench or when there was a delay in the game while he was in the mound. Just tosses the ball up over his head and lets it fall into his glove. Kinda like a Little Leaguer. I am hoping that the Yankees bring him back for 2012 as a long man, but there isn't much buzz, so I get the feeling they won't. 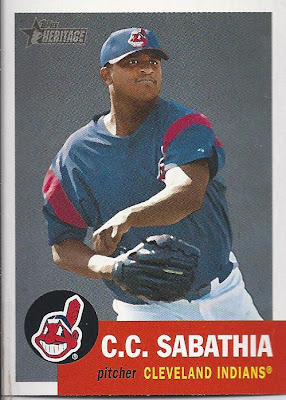 The Big Man. What is there to say about CC? I really think the ALDS with the Tigers might have turned out differently if the first game wasn't postponed after one and a half innings. Other than the first inning home run by Delmon Young, CC looked great. He had dealt four strikeouts and two weak ground outs in his two innings. When he took the mound again a few days later in Game 3, he just looked flat and was generally ineffective. But, that is the way it goes I guess. 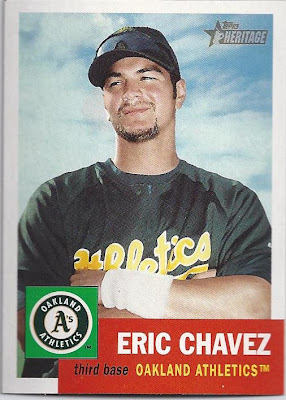 Eric was solid as a backup infielder. He hasn't decided whether to retire yet and there was some interest on the Yankees part to bring him back. I can't blame them. Their other backup infielder, Eduardo Nunez, is a questionable defensive player. I wonder, though, how the Yankees winning the right to negotiate with Japanese shortstop Hiroyuki Nakajima affects the 2012 roster. Who does it make more superfluous? Chavez or Nunez? Rumor has it that Nuney has been on the trade block, but nothing has happened yet. I guess time will tell. 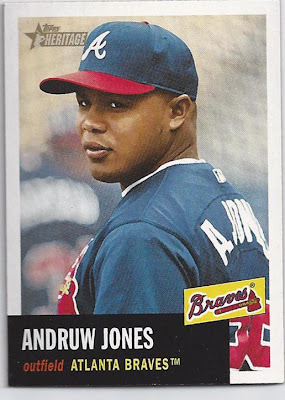 Jones was a solid backup outfielder / platoon DH in 2011. The Yankees have shown interest in bringing him back. I would support it. He still has a little spark left in the bat and has a excellent glove. 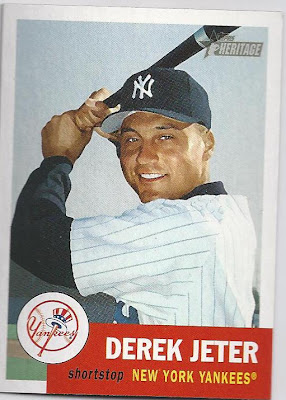 In addition to the base cards, Paul sent over a near complete Classic Renditions insert set. I've included two of this set because the subjects both signed contracts with new teams this week after having played over a decade for one team: Buehrle with the White Sox and Pujols with the Cards. 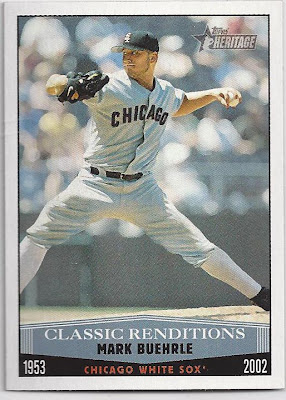 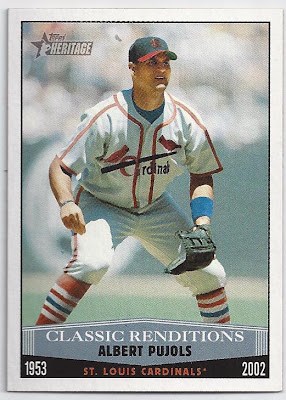 Thanks, Paul. I hope your cards got to you by now and I remembered to include that 1973 card.
Posted by carlsonjok at 8:55 AM

Email ThisBlogThis!Share to TwitterShare to FacebookShare to Pinterest
Labels: 2002 Heritage