Here is pack 4, and the first of four packs of 1988 Donruss. For those of you that may be new here, BOBOC is the acronym I made up for a blaster of repackaged cards I bought recently. BOBOC literally means Big Ole Box of Crap.

So, let's look at the contents. This one wasn't as good as previous BOBOC packs in that there was no current Hall of Fame members in the pack, and only one legitimate HOF possibility. But, it did include a fair number of the premier players of the era. 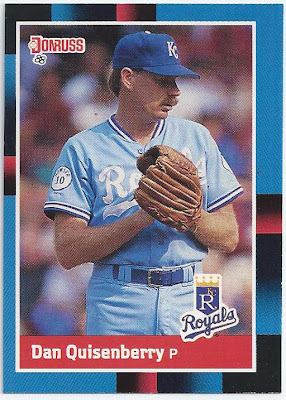 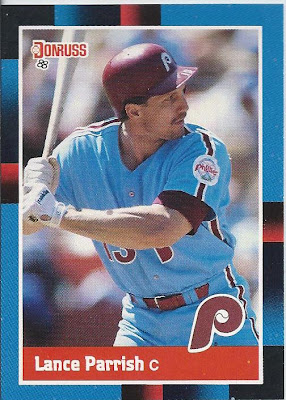 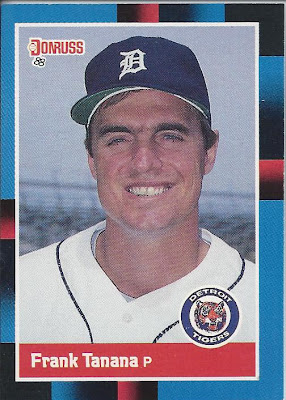 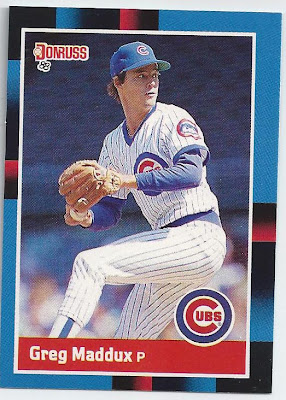 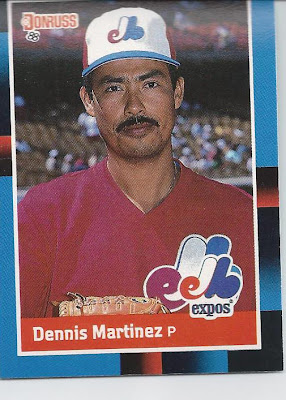 Overall, not too bad. But, in the end, I am no fan of 1988 Donruss. I think it is an ugly design. I generally don't like multi-colored borders, unless they are a simple, color blocked design, like 1975 Topps. The light blue and white backs aren't what I would consider aesthetically pleasing, but that is mitigated by the fact that they are far more readable than the backs of the 1970s Topps cards I prefer. Unfortunately, I have two more wax packs and a cello pack of this crap to go.

I cannot imagine myself ever wanting to put this set together. It is a little too early for alcohol to ease the posting process here. With the other packs of this stuff I'll try to post in the evenings so I can have a liberal pour of Woodford Reserve to help numb my senses to the horror and...umm...lubricate my...uh...literary endeavors

Such as they are.