Okay, so this is four cards, not one.  But, with regards to subject matter and how I acquired them, they are all quite similar. So, rather than trying to pick between them, I am going to just show all four.

The theme here is relic cards of current Yankees that I acquired through trades.  Yes, I do recall that I have officially forsaken modern cards for vintage.  And, yes, I am familiar with the scandal surrounding relic cards.   But, neither of those facts matter, since what put them over the top is the part where I traded for them.  I will have more to say about the card blogging community later in the countdown, but suffice it to say it is meaningful to me to be a member of this community (virtual though it is.) 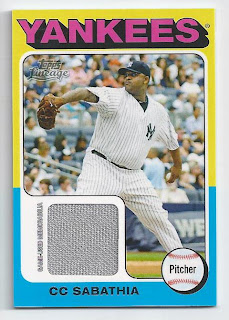 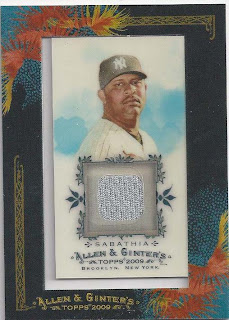 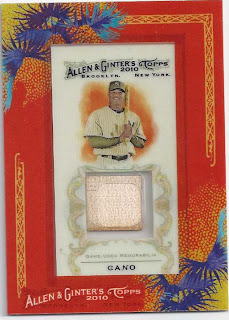 The above two A&G minis came from Scott over at the aptly titled Sports Cards Ate My Brain. 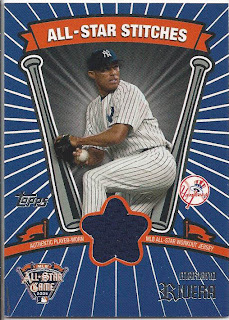 Lastly, this Mo relic came from Ryan at O No! Another Orioles Blog
Posted by carlsonjok at 3:10 AM