I had three goals for the show today and managed to achieve each one, although the level of achievement varied. My first goal was to complete my 1969 Deckle Edge set. I was fairly confident of getting this done because I knew a dealer out of Wichita had them. And, indeed, I did finish the set. 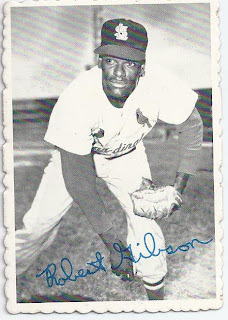 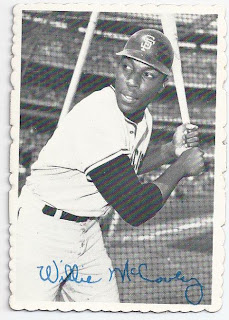 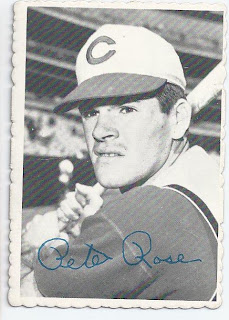 As I mentioned, I don't have the Joe Foy and Jim Wynn short print variations, but I am not particularly worried about that. I will get them at some point. But, with 33 filled pockets for a 33 card set, I am going to call it good. 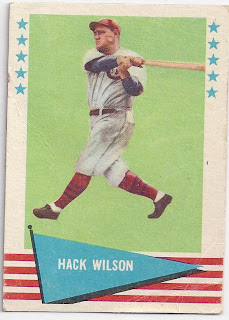 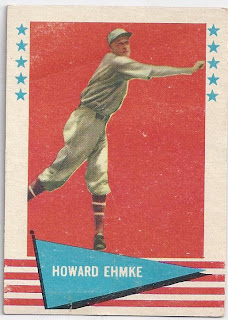 I found two 1961s I needed. I am still a long way from finishing the set.  So, finding two was pretty much the lowest level of achievement on that goal. A solid C-.

I also wanted to make some progress on my 1971 set that I have been working on for nearly a year and a half. Unfortunately, Roger Neufeldt wasn't at the show today due to a family commitment, so I was only able to find four 1971 high numbers I needed from a seller out of Lawton. 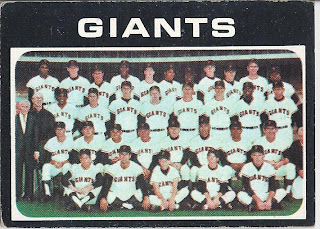 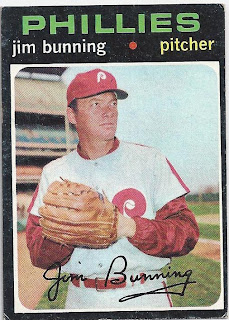 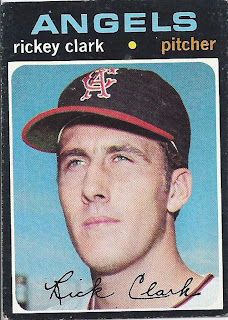 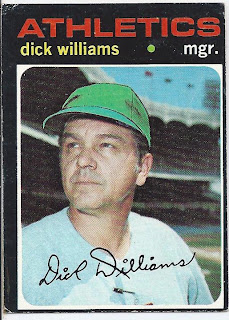 But, among the four were two Hall of Famers.  Or six Hall of Famers if you consider the fact that Willie Mays, Willie McCovey, Gaylord Perry, and Juan Marichal are probably on that Giants team card.  So, I was able to knock off about 10% of the remaining cards I needed. I am down to 36 to finish the set.

So, all this only cost me around $25 total. I could have called it good and been reasonably happy with the cards I got. But I found a few cards I needed for other sets I am working on.  And, of course, I weakened and bought a couple nice cards that were priced to move. But, more on that in the days to come.
Posted by carlsonjok at 7:35 PM