The title of this post has two meanings.  The first is because I just completed a trade with Robert from $30 a week habit.   It was a simple trade. I sent him a stack of 1973 cards and I got a stack of 1975 back. Easy peasy.  While I am not working on 1975 at the moment, it is the set I will start on after I complete 1973. So, hopefully later this year.

I will show the cards that caught my fancy. 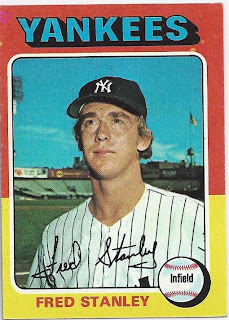 Chicken.  What else is there to say? 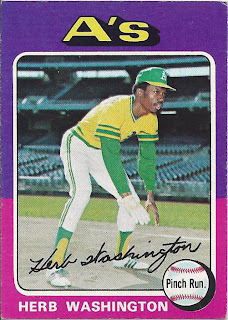 I had to show this card.  Herb Washington, Pinch Runner.  It seems like he should have been one of the blue collar super heroes in "Mystery Men", one of my favorite comedy movies. 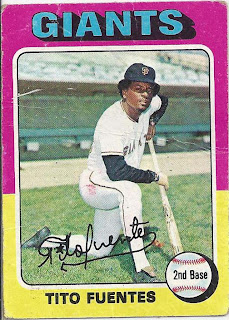 I am only showing Tito to give evidence that he didn't always were a head band on the outside of his hat. 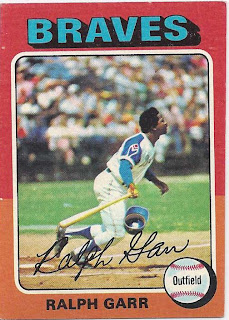 I just love this card.  A nice action shot on a card from the era when action shots were few and usually poorly composed. 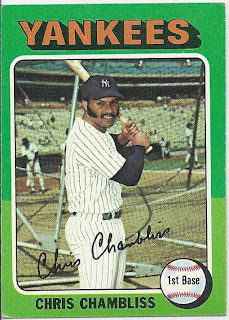 One of my favorite Yankee players growing up.

That is it. A great trade. Thanks, Robert.

Email ThisBlogThis!Share to TwitterShare to FacebookShare to Pinterest
Labels: 1975 Topps