Last week's card show wasn't the bust I was expecting. It turns out that it was in a fairirly sizeable room, with most of the regular sellers there. I was able to meet my first two objectives for the show: I got a good running start on my 1971 set and managed to pick up some more cheap 1956 cards. I didn't find any boxes of Heritage from last year or earlier, but that wasn't a priority for me.

I don't recall the exact numbers but I got somewhere in the neighborhood of 90 to 100 1971 cards. They were mostly from the lower numbered series and around 70 of them were upgrades for the lower quality cards that were in my starter set. I probably got less than a dozen cards from the expensive, high number series. Here are a few of my favorite cards from my 1971 purchases. 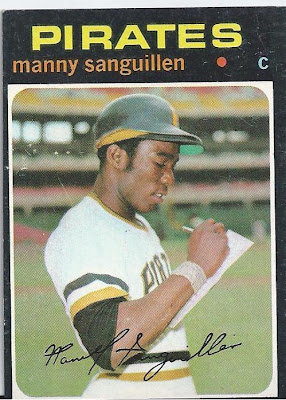 Manny is filling out his TPS report. 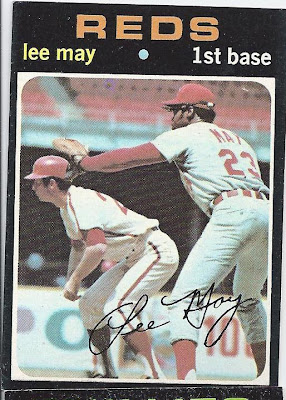 What you see at the very bottom of the scan is the very top of the Oscar Gamble card. Unfortunately, I managed to screw up when I was saving the cropped images and lost my master scan. So, I wasn't able to show that card, because I was too lazy to pull it back out of the binder and rescan it. Suffice it to say it was a nice action shot, even though Oscar was still a number of years away from his magnificent 'fro. 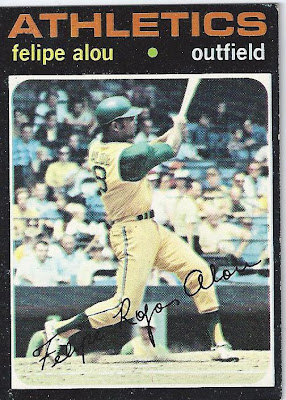 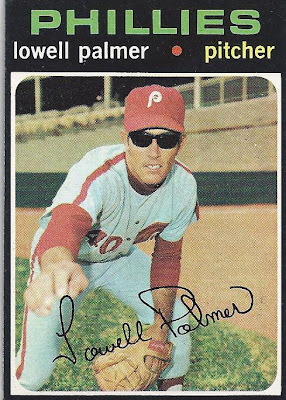 Lowell seems to be the epitome of cool here, doesn't he? Except, whenever I see someone standing like that, I manage to think of Matt Foley, Motivational Speaker. 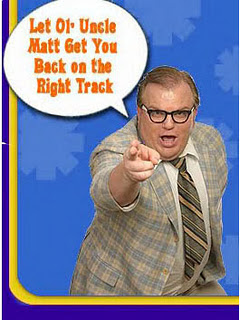 Why? I don't know. Just a little glimpse into the warped contours of my mind. 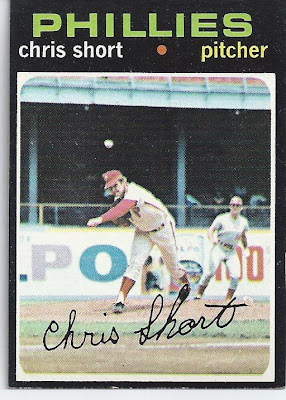 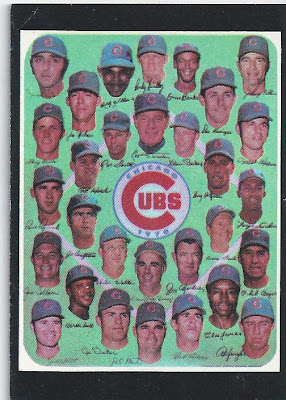 Heads floating in lime sherbet. This has to be one of the weirdest team cards I have ever seen.