Nachos Grande seems to be a natural trading partner for me. He is something of a master set builder, while I am mainly a base set builder. If I follow through on my plan to make Heritage the only modern set I build next year, I may rethink that. But, in the mean time, I tend to accumulate a lot of inserts and parallels that don't interest me. And NG is a natural outlet to send those to. And, yes, I did end that sentence with a preposition. I also started *that* sentence with "and." Go ahead and charge me, grammar police.

This trade was no exception. As I was trying to get myself organized, I sorted through a pile of 2011 cards and came up with some Topps flagship inserts and diamond sparklies that were on his want list. Off they went in the mail. In return, I got a stack of Lineage base cards that I needed towards completing that set, including the ones I am showing below. 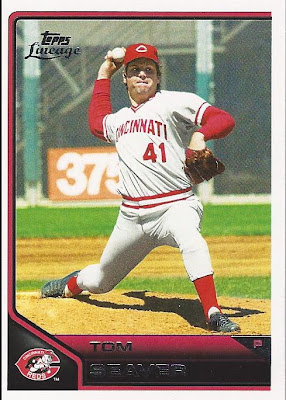 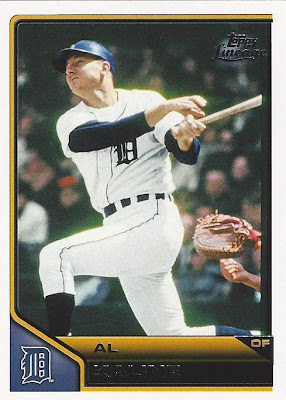 Tom and Al will make another appearance on my posts reviewing yesterday's show haul. But, we'll get to that in due time. I have some other business to clean up first. 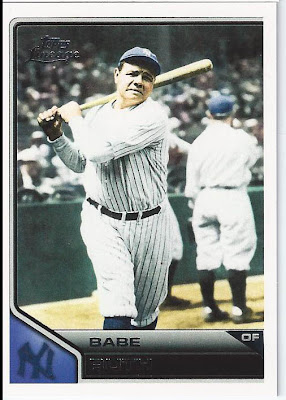 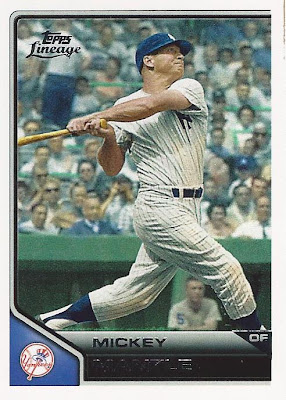 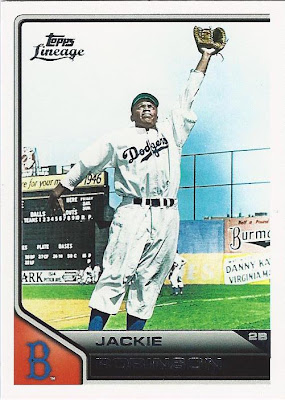 Funnily enough, I actually had the Jackie Robinson at one point. When I first bought Lineage, I was ambivalent about completing the base set, so I sent Jackie off to a better home. When I finally decided to complete the base set, despite my continued ambivalence, there was a hole in the binder that should have been occupied by a certain legacy Dodger. Now it is filled and I am getting much closer to finishing the Lineage base set.
Posted by carlsonjok at 4:39 AM