With the turnover of the month, I was through my quarterly insurance pain. One of the joys of adulthood is the obligations that come with it, one of the biggest of which is insurance. In addition to the normal auto and home insurance, I carry life insurance, long term care insurance, and (believe it or not) mortality insurance on my wife's show horse. And the payment on each all come due in the last month of each quarter. It is a big old hit on the budget. But, I am through that and, in the brief reprieve before the holidays (which inconveniently fall during the same month as my next quarterly insurance outlay), I picked up another box of the first series of the 2004 Fleer Greats of the Game set, with the hope of filling in the cards I needed (a total of 15) to complete the base set and making some dent in the insert series.

So, let's get right to it. I'm going to do this the same way as last time. Three packs at a time, with a few pictures and some obligatory, boring commentary. I have also indicated parenthetically which cards I needed and which were duplicates. Any and all duplicates are available, so if you see something you like, add a comment or drop me an email. 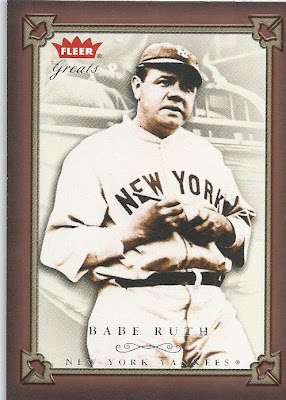 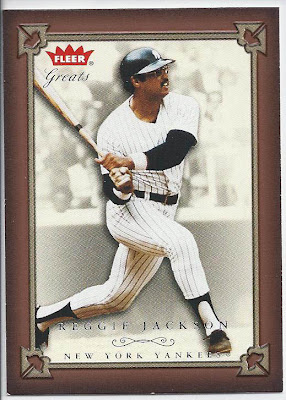 Reggie is shown here as a Yankee. He also appears in the second series as an Oakland Athletic. One of my fondest childhood memories was Game 6 of the 1978 World Series, when he hit 3 home runs which, almost singlehandedly won the game, and clinched the series. 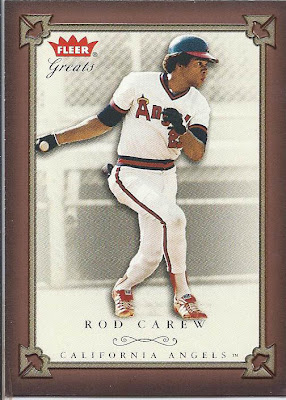 Carew appears here as an Angel and in the second series as a Twin. I am not sure what the point is of including a player twice, but so be it. At least this set doesn't include a lot of marginal players, like that Upper Deck Yankees Classics set I have. 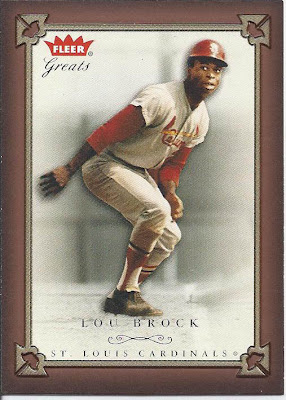 It is interesting (for me anyways) to note that the best year of his stellar career came in 1974 when he was 35 years old. At that age, most players are on the downhill slide, if not already retired. Isn't that right, Adam Dunn? Anyways, that year Brock put up the fantastic slash line of .306/.358/.381. I will grant his power numbers were down significantly. He hit only 3 home runs, way down from his career high of 21 in 1967. But, on the other side of the equation, he stole a then MLB record of 118 bases that season and finished second in the NL MVP tally to presumed golden boy, Steve Garvey. 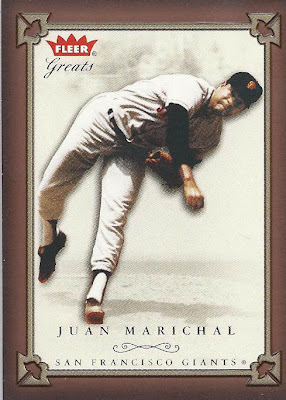 I just love watching video of Marichal. His windup was epic.

3-Dizzy Dean (Duplicate)
9-Pepper Martin (Duplicate) - I probably should have shown Martin, since he was born here in the town of Temple, Oklahoma. I've been to Temple, some years back. It is a dying town, with much of the small downtown abandoned. I've been thinking of going around to the birthplaces of various great Oklahoma native ball players and taking pictures. I already have a few pictures of Commerce, the hometown of Mickey Mantle, from last year when I was crewing for an old college friend who was running an ultramarathon along Route 66. 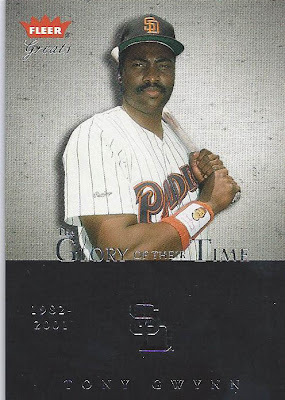 I really like this 34 card insert set and am going to try and complete it. Unfortunately, the insert rate was about 1 per 5 packs and I only have 6 so far.

So that is it for the first set of packs. Four cards I needed towards completing the base set and one insert. Coming tomorrow: my first auto card.
Posted by carlsonjok at 5:30 AM