It is morning when I write this. More specifically, it is the morning after. I am sad that the Yankee's season is over. More so that it came partly at the hands of that punk Valverde.I really dislike his antics. I get playing with emotion, but one can play with emotion without deliberately showing up your opponents. Nick Swisher, for all his faults, plays with emotion, but not in a way to rub the other teams nose in it. Valverde crosses that line.

But, so be it. Despite having the best record in the AL regular season, I was never fully comfortable with the Yankee's chances. While their bullpen was rock solid, starting pitching was shaky at best. Particularly as the season wound down. Bartolo Colon had a great first half, but started to wear down after the break. AJ Burnett was.....well....AJ was AJ. Great stuff when he found the plate, but didn't find it anywhere near enough to be effective. Even CC started looking flat as the season advanced into September. Only Freddy Garcia and Ivan Nova seemed solid throughout.

The big issue for the Yankees, though, in both the regular season and the ALDS, was ineffective hitting with runners in scoring position. To get the bases loaded with one out and not get a run in is unforgivable. And the Yankees did it twice last night.

Ah, well. 130 days until pitchers and catchers report, right? Let's get down to showing off cards, shall we? Here is the next group of packs from my recent box of 2004 Greats of the Game. I ended up getting 4 more cards I needed to finish the base set and the first of my three expected autographs.

16-Roger Maris (Duplicate) - shown on this card as a Yankee. He appears in the second series as a Cardinal.
20-Duke Snider (Needed) 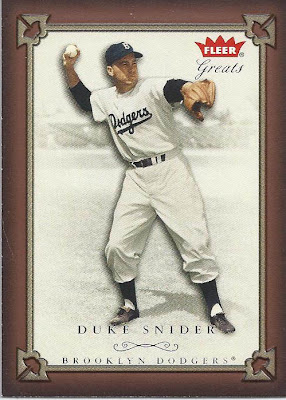 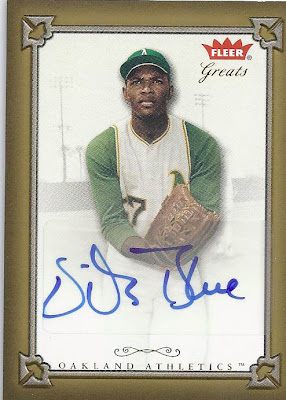 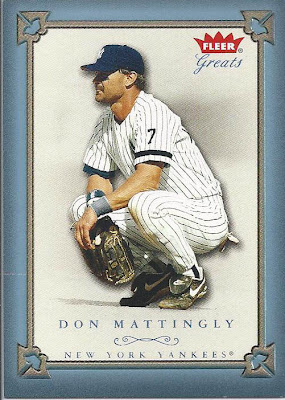 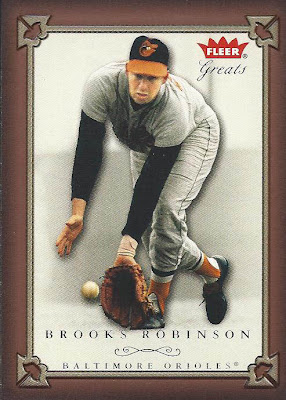 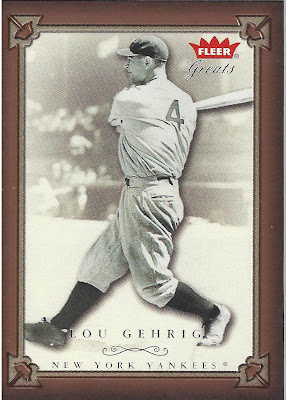 Frankly, I really didn't have much to say about this set of cards. I suppose it is because I am dog tired. I am definitely of the Ben Franklin mindset: early to bed (9:30), early to rise (5:30) and all that. Staying up late to watch the games this week has wore my ass out. The fact that I had a busy day dealing on conference calls with suppliers in Hungary and Mexico, while trying to placate a cranky boss didn't help. The wife is off playing bunko tonight, so I am going to grill up a steak, drink some beer, and try to organize my cards a bit more. And get ready for the Red River Rivalry (OU-Texas) tomorrow.
Posted by carlsonjok at 3:05 PM