So, I hit the discount boxes at the card show I went to a couple of weeks ago. I did so with no particular goal in mind. Just to find some things that interested me and maybe pick up a few cards for other people. I will probably end up with three posts out of my time diving through box after box of Cal Ripken, Jr. cards, but for now I am going to focus on my Fleer Greats of the Game finds. As the two of you who actually read me regularly know, I am awfully fond of the 2004 version of this series of cards. I also like most of the other years as well. So why not pick up a few? 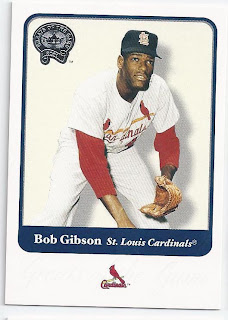 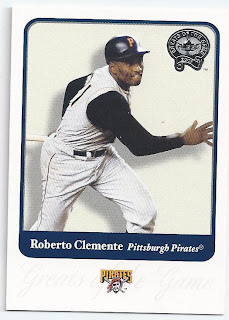 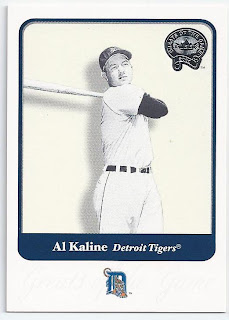 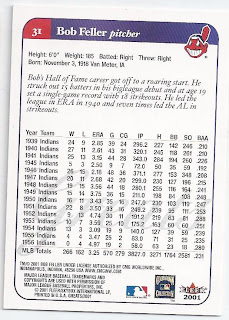 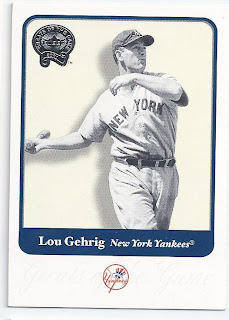 The five cards above are from the 2001 Greats base set. It is a fairly basic design, and I could see where some my find it boring. But, I like the simplicity of the design. I'd love to put the set together, but the cheapest price I can find for a hobby box is over $200 and I am not quite up to sending that much when I have (at last count) 9 other incomplete sets I am working on. I'll probably just set up an EBay saved search and hope one comes up for auction. 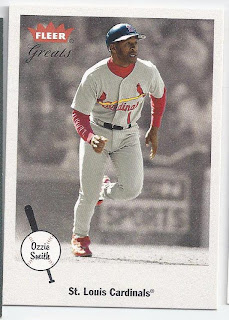 This is from the 2002 Greats of the Game set. For some reason, I am not as fond of this set. It isn't obvious, but the card has a silvery tint which doesn't appeal to me. I would probably still try and put the set together if I could find cheap boxes (which I haven't.) 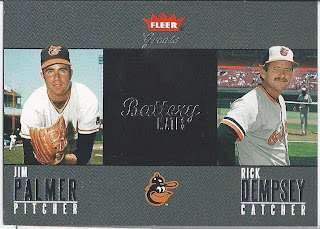 I did manage to find this one Battery Mates insert from the 2004 set. I didn't have that specific want list with me, so I bought it (risking a whole 50 cents) hoping that I still needed it. I did. I really need to get off my butt and finish the inserts for the '04 Greats set. Most are available on COMC and Sportlots. I just have gotten too distracted with so many other sets open. Maybe this is the one I'll knock off next. 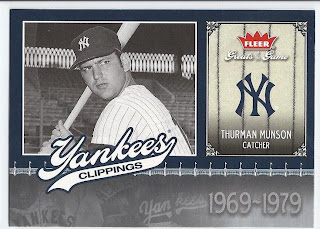 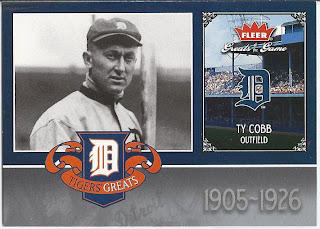 Inserts from the 2006 (and final) Greats of the Game set. Another set I might consider working on if boxes can be had cheap.

So, there it is. Coming up next: more discount box finds without any rhyme or reason.
Posted by carlsonjok at 5:00 AM