My Week in Review, Part 2


As I had mentioned, I had to fly out of Dallas Sunday evening for a business trip. What I may not have mentioned is that my meeting was in the town of Eu, in the Upper Normandy region of France. Because Eu is small (population less than 8000), I stayed in a hotel in Dieppe, a short distance east along the Channel Coast. As an amateur photographer, I was looking forward to getting out and shooting. I took my backup camera with a basic 18-55mm lens (a decision I regret.) Alas, my plans didn't work out so well.

For one thing, I was travelling with my boss, who is something of a workaholic while on the road. We would get to the office at around 8 AM and work through to 7 or 7:30 PM. So, I only got out one evening when I took a short walk down to the harbor in Dieppe. Even then, the photography was challenging since I was at the port in the evening and half the port was in shadow and half in sun. Coupled with the limited range of the lens that made it almost impossible to not be in a high contrast situation, I wasn't real happy with much of the pictures I took. But here are a few: 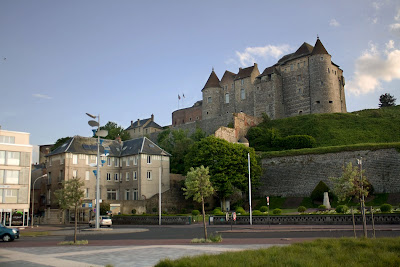 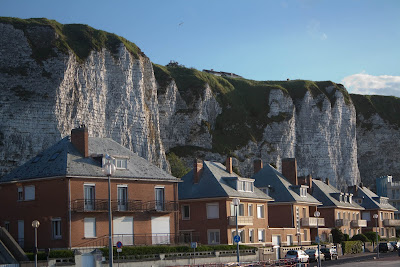 The chalk cliffs at Dieppe, subject of a famous Monet painting. 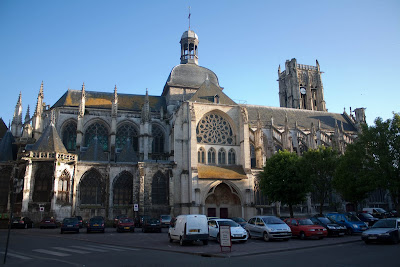 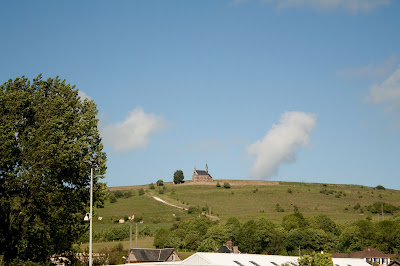 St. Laurence O'Toole Church in Eu overlooking the parking lot of the facility I was at. 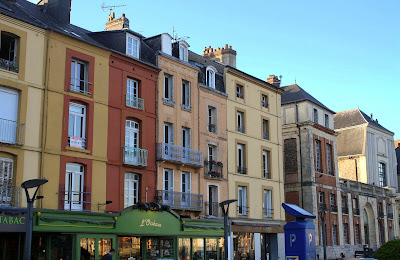 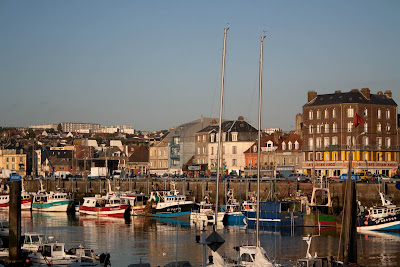 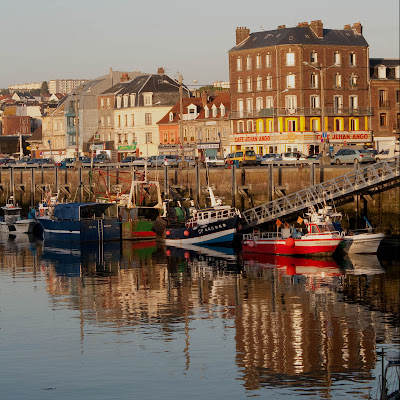 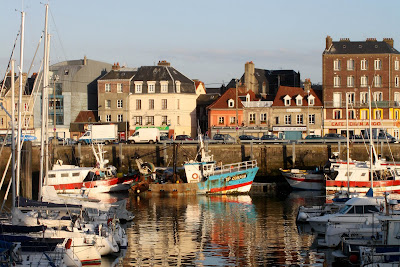 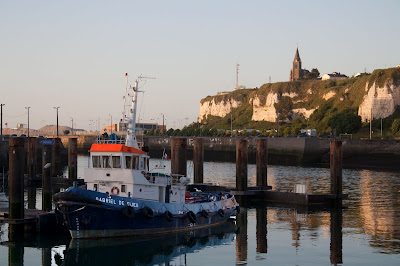 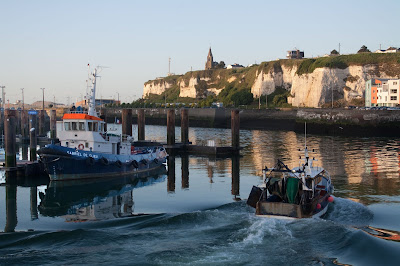 Various shots from the Harbor.

To tie this to the general theme of this blog, I would note that baseball is played in France although it doesn't rise much above the level of a club sport. Several years ago, the LA Times published a great article about baseball in France. Money quote:

It's still not a game children play in the garden or during a barbecue. As is regularly noted, if you hand a French child a baseball, he'll immediately drop and try to kick it. (Of course, that's how the 1962 Mets played, and they won a World Series a few years later.)

Coming tomorrow: Back home to surprise and routine.
Posted by carlsonjok at 9:14 AM

Email ThisBlogThis!Share to TwitterShare to FacebookShare to Pinterest
Labels: Meta, Off topic, Photography