Trade with Cards from the Quarry


I just completed a small, but significant, trade with hiflew from Cards from the Quarry. I knocked about 4 cards off his want lists and, in exchange, I got three cards I needed from 2011 Heritage: 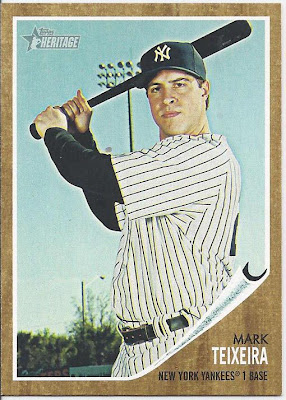 Though his power numbers are still good, Tex's BA and OBP have been down the last two years. I wonder if a lot of that is due to teams going into a defensive shift when he bats from the left side of the plate. When you look at his platoon splits from 2011, he hit well as a righty, but was positively anemic from the left side when he wasn't hitting home runs. I have heard that he was going to work on hitting to the opposite field as a lefty this off-season. If he is successful in doing so, I predict a monster year in 2012. 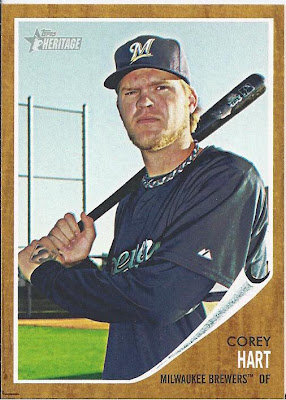 Not much to say about this guy (I will not make the all-too-obvious sunglasses joke) other than that is a face only a mother could love. I will note that Hart and Teixeira were the last two non-short prints I needed from the 2011 Heritage set. I am now down to just short prints and inserts to complete the set. I am pretty psyched about knocking these two off. 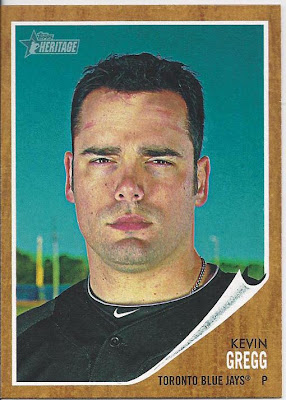 Aaaaand one of the short prints. These guys are like gold and I was also pretty happy to be able to trade for it. I am loathing having to go to COMC or a similar site and pay the extortion prices that short prints command.

Thanks, hiflew!
Posted by carlsonjok at 3:30 PM