This is a set that I really like. If I had any interest in collecting cards from the 1990s, this would definitely be on the list of sets I'd put together. It has a clean, simple look that appeals to me. The only thing I would change is the whole e.e. cummings lower case text thingy. It bugs me. Why? I don't know. It just does.

No Hall of Famers in this pack. Though, I would make the case that Alan Trammell should be in Cooperstown. Belle didn't receive enough votes his first time on the ballot and was dropped. He was certainly a dynamic player, but his behaviors didn't win him many friends. Bob Costas once said of Belle "Outside of Cleveland, he may be regarded as the man Will Rogers never met." This is, of course, a reference to Will Roger's (1) famous quote "I never met a man I didn't like." 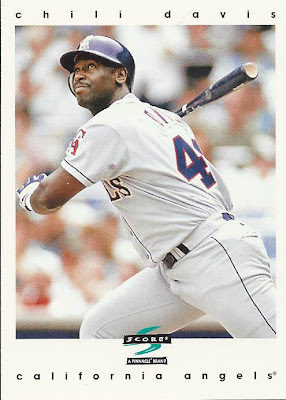 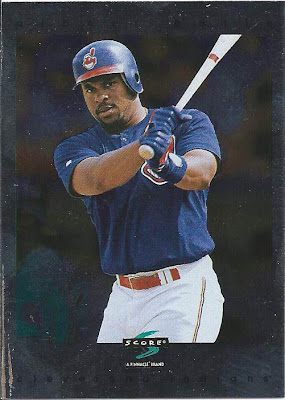 This card is the Foil front Showcase Series parallel. 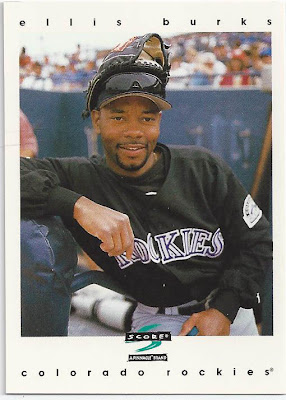 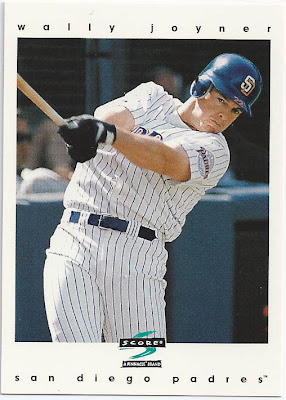 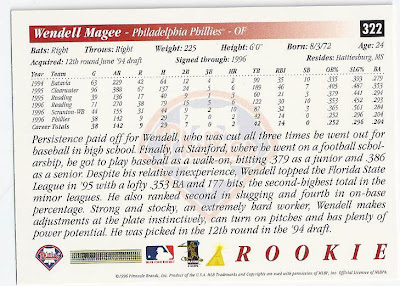 Here is an interesting factoid. Whomever wrote Magee's Baseball Reference Bullpen page, copied from this 1997 Score card. Look at the text on the card, then compare it to the BR Bullpen write-up. The text is almost identical. Certainly, it does not match and I suppose, if we are being generous, we could believe it a concidence. Except for one thing. There is an error on the card back that is repeated on the BR page.

I refer specifically to the sentence "Wendell topped the Florida State League in '95 with a lofty .353 batting average and 177 hits, the second highest total in the minor leagues." The BR page reads "He led the Florida State League in 1995 with a .353 batting average and 177 hits." Those two sentences aren't all that similar, to be sure. So, how do I know the one was copied from the other? Simple. Take a look at Magee's B-R Minor League Statistics page. What you see there is that Wendell did hit .353 in the FSL, but only had 137 hits during his time with Clearwater. He had an additional 40 hits at Reading in the Eastern League that year. So, 177 hits was not his total in the Florida State League, but was his total for the 1995 season across two different leagues. So, there you have it. How did I spend my Christmas vacation (I wrote this on December 23)? Overanalysing the backs of baseball cards.

(1) I believe every place probably has a "You know your from....when..." jokes written about it. This one about Oklahoma pretty much hits the nail right on the head. My favorite is "It doesn't bother you to use an airport named for a man who died in an airplane crash." The main commercial airport in OKC is Will Rogers World Airport. There is a smaller airport in OKC named after Wiley Post. Rogers and Post died in the same plane crash in 1935.
Posted by carlsonjok at 3:40 PM