So, two packages arrived today from EBay purchases. The first was one of those "U-Pick-Em" deals where I was able to pick up 50 cards for my 1974 set at a price slightly less per card than I was paying at my LCS or card shows. Here are a few of the cards I got. Not a impressive card, in and of itself, what with Bevacqua being mostly a light hitting utility infielder over the course of his 15 year career. I included him here since this is the last of the cards I needed to complete the 44 card Traded Series. 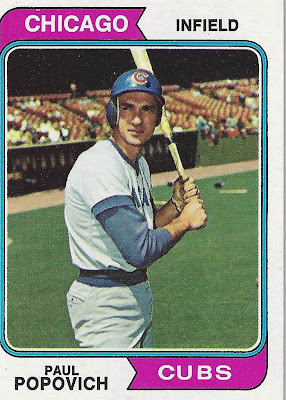 Speaking of light hitting utility infielders, here is Paul Popovich who appears to have only been a starter for one year in his 11 year career: 1968 with the Dodgers. I included this here because the picture looks like someone handed Paul a bat for the first time and he isn't really quite sure what to do with it. With a .233/.286/.292 major league slash line, it may not be far from the truth. Although, in fairness, he did have a pretty strong hitting year in the Texas League with Amarillo in 1963 when he hit .313/.385/.481. 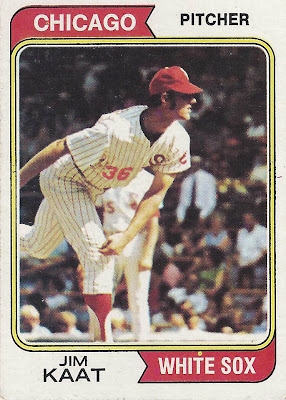 "Kitty" Kaat is included here mainly because he really ought to be in the Hall of Fame. 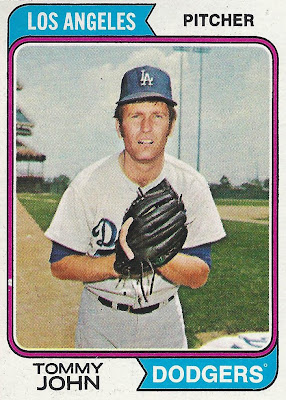 Of course, anyone with a medical procedure named after them has to be included. Especially since I haven't tracked down that rare Joseph Colonoscopy card yet.

And last,but certainly not least, the contents of the other arrival: 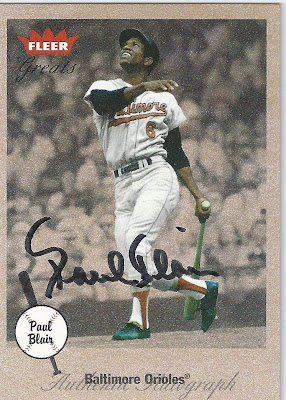 My 46th unique Paul Blair card and the 15th with an autograph.
Posted by carlsonjok at 2:21 PM