The National Show - The Main Event

So, I've talked about wanting to work on my 1956 set at the National show. Yet, the first thing I show is a bunch of 1972 cards. So, did you figure that 1956 must be next? Or did you expect that my weakness persisted and I continued to acquire cards from other sets? Well, if you guessed the former, you would be correct.

I walked into the I-X Center for the National needing 21 cards to finish the 342 card (including checklists) 1956 Topps set.  I walked out needing only 4 to complete the set.

That really blows my mind. I went back and looked at my blog history.  I got my very first 1956 card at a card show on Saturday, August 13, 2011.   Almost exactly 7 years ago. At the time, I expressed doubt that I would ever finish the set. And I continued to believe that until sometime last year when I realized that I had over half the set and needed to buckle down and give it some serious attention.

So, I did.  And there I was, in Cleveland, within shouting distance of finishing the set. As I said, I picked up 17 of the 21 remaining needs at the show. Here are a few: 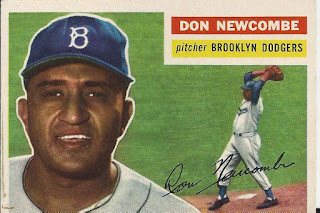 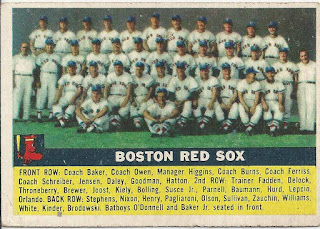 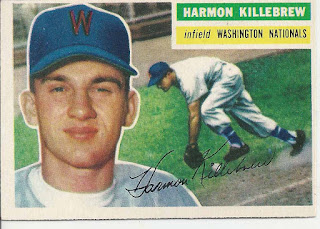 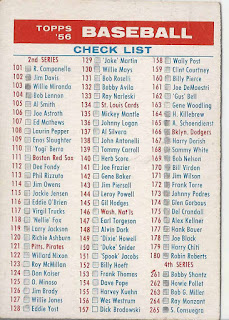 Off topic: I am not sure how everyone else is, but I vary between "yay" and "nay" as to whether the checklist cards are considered part of the set and should be collected.  Well, that isn't completely correct. Generally, I believe they do.  The one case I have resisted adding the set checklist is 1963 Fleer.  With that set, the checklist was short printed (along with the Joe Adcock card) and is the highest book value card in the set.  The '63 Fleer checklist books out at $500, while the next most valuable cards (Mays, Clemente, and Koufax) come in at $200.  I don't know what to say other than that offends me. I get that checklists are generally throw-ins, but can command something of a premium since they were often used as intended and, therefore, it is rare to find them in pristine condition.  But, to be the most valuable card in the set? Get outta town! Maybe someday, I'll break down and get that Fleer checklist, but that day is not today!

Anyways, as you can probably see, this checklist is marked. But, that is just fine with me. My 1956 varies in quality. The overwhelming majority of the cards are VG or better. The only card that is Poor to Fair is my Yankees team card (Sacrilege!).  I'm not putting this together with resale value in mind, so a checked checklist is more than acceptable.

I have one more post planned from my National experience. Hopefully, it will come out tomorrow.
Posted by carlsonjok at 3:00 PM